Ukraine crisis: Russia says preliminary talks with US in Geneva 'complex but businesslike' 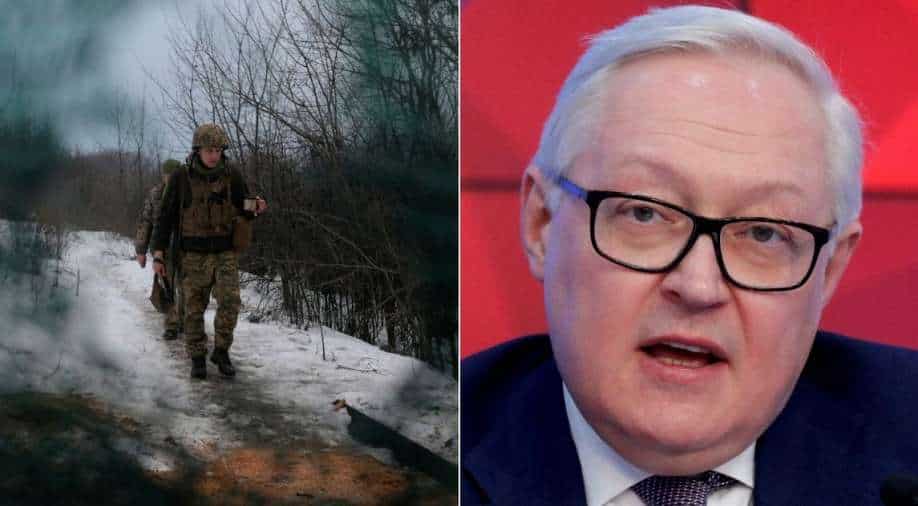 Ahead of the crucial talks over the current Ukraine situation on Monday (January 10), Russian Deputy Foreign Minister Sergei Ryabkov sat for a working dinner with the United States delegation led by US Deputy Secretary of State Wendy Sherman in Geneva on Sunday.

The dinner was held at the luxury residence of the US ambassador to the Conference on Disarmament. Sergei Ryabkov told reporters that preliminary talks with a top US diplomat had been "complex but businesslike", Russian news agencies reported.

After a weeks-long standoff over Russian troop deployments near its border with Ukraine, the West has been accusing Russia that it is planning an invasion. However, officials from both countries are meeting to de-escalate the situation and try to avert a crisis.

"The conversation was difficult, it couldn't have been easy," the Russian Deputy Foreign Minister was quoted as saying by the Interfax news agency after meeting. "I think that tomorrow we won't waste any time," Ryabkov said. he added that he "never loses optimism."

On the other hand, Sherman told Ryabkov that Washington "would welcome genuine progress through diplomacy," the US State Department said.

What to expect during the meeting?

Russia's state-owned RIA news agency quoted Ryabkov as saying it was entirely possible the diplomacy could end after a single meeting. "I can't rule out anything, this is an entirely possible scenario and the Americans ... should have no illusions about this," he was quoted as saying.

"Naturally, we will not make any concessions under pressure" or amid constant threats from participants in the talks, said Ryabkov, who will lead the Russian delegation in Geneva.

ALSO READ | Ahead of talks on Ukraine, Blinken warns Russia of confrontation

In the past few months, Russian President Vladimir Putin has deployed tens of thousands of Russian troops within reach of the border with Ukraine.

US, Ukraine and the other Western countries say Russia is planning an invasion, eight years after Russia seized the Crimea peninsula from Ukraine.

Meanwhile, Russia has denied invasion plans and said it is responding to what it calls aggressive and provocative behaviour from the NATO military alliance and Ukraine. Russia is also pushing to join NATO.

In response to Russian demands for Western security guarantees, the United States and allies have said they are prepared to discuss the possibility of each side restricting military exercises and missile deployments in the region.