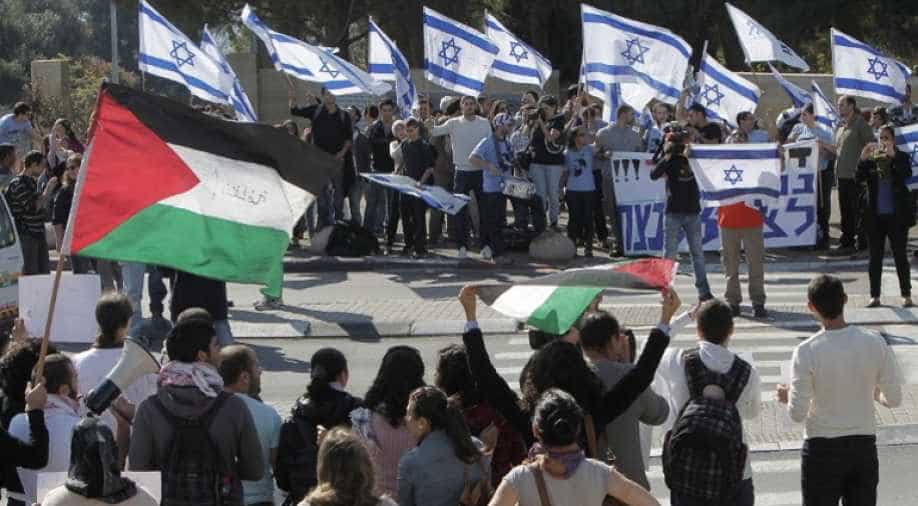 The British refusal to send a high-level delegation to Paris was widely viewed as a sign of London's determination to stay close to Donald Trump's incoming administration. Photograph:( AFP )

Britain cited "reservations" over Sunday's Middle East peace conference and refused to sign a joint statement that called for a negotiated two-state solution to the Israeli-Palestinian conflict.

A Foreign Office spokesman said the British had "particular reservations" about the meeting in Paris taking place without Israeli or Palestinian representatives, "just days before the transition to a new American president".

Britain had therefore attended the talks as an observer only, the spokesman said.

The British refusal to send a high-level delegation to Paris was widely viewed as a sign of London's determination to stay close to Donald Trump's incoming administration.

Most major EU countries sent their foreign minister to the conference, but Britain's Boris Johnson did not attend.

The Foreign Office spokesman said Britain "will... look forward to working with the parties, the new US administration and other countries represented in this conference to make progress in 2017 and beyond."

French foreign minister Jean-Marc Ayrault warned Sunday that if Trump carried out his campaign pledge to move the US embassy in Israel to the contested city of Jerusalem, it would have "extremely serious consequences".

The Palestinians have warned that such a move could seriously threaten their chances of obtaining an independent state.