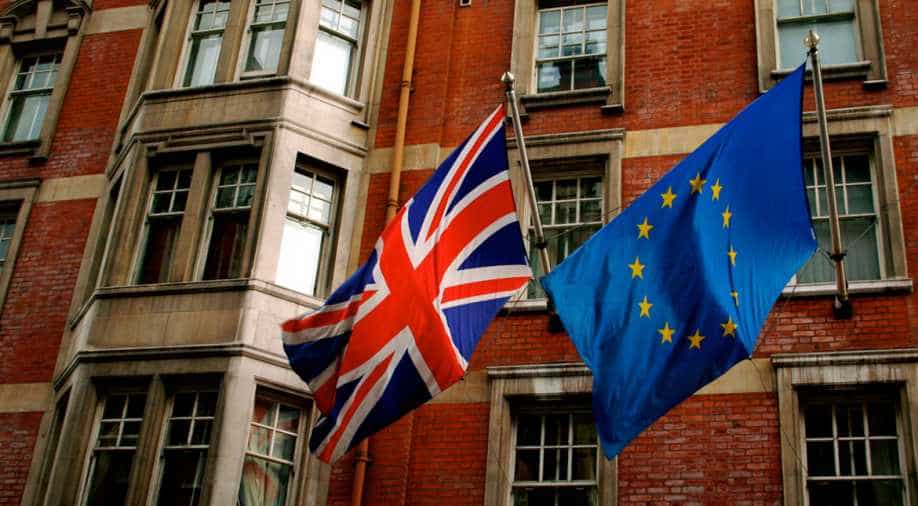 Flags of the UK and the EU (file photo) Photograph:( Others )

"We need the EU to be pragmatic about the checks that are undertaken and that was always the way the protocol was drafted," International Trade Secretary Liz Truss told Sky News

Britain's trade minister on Wednesday called on the European Union to be responsible and reasonable in a row over the implementation of Northern Ireland Protocol of the Brexit divorce deal.

"We need the EU to be pragmatic about the checks that are undertaken and that was always the way the protocol was drafted," International Trade Secretary Liz Truss told Sky News.

"It requires compromise between the parties, and the EU need to be reasonable," Truss said.

The tensions between Britain and the EU threatened to overshadow the Group of Seven summit's conclusion on Sunday, with London accusing France of 'offensive' remarks that Northern Ireland was not part of the United Kingdom.

"Mr Johnson thinks that you can sign deals with the Europeans and not respect them and that Europe will not react. It is a test for Europe," Beaune told Europe 1 radio.

"I am telling the British people, (Brexit) commitments must be respected... If it is not the case, retaliatory measures could be taken," Beaune added.

During talks with Emmanuel Macron at the G7 summit, Johnson queried how the French president would react if Toulouse sausages could not be sold in Paris markets, echoing London's accusation that the EU is preventing sales of British chilled meats in Northern Ireland.

"In Northern Ireland, there are sausage import problems... Why? Because when you leave the European Union, you have necessarily some (trade) barriers," Beaune said.

"I cannot tell the French or the Europeans that Britain can export via (EU member) Ireland some products, such as meat without any control... That is what it is all about. Brexit has consequences."