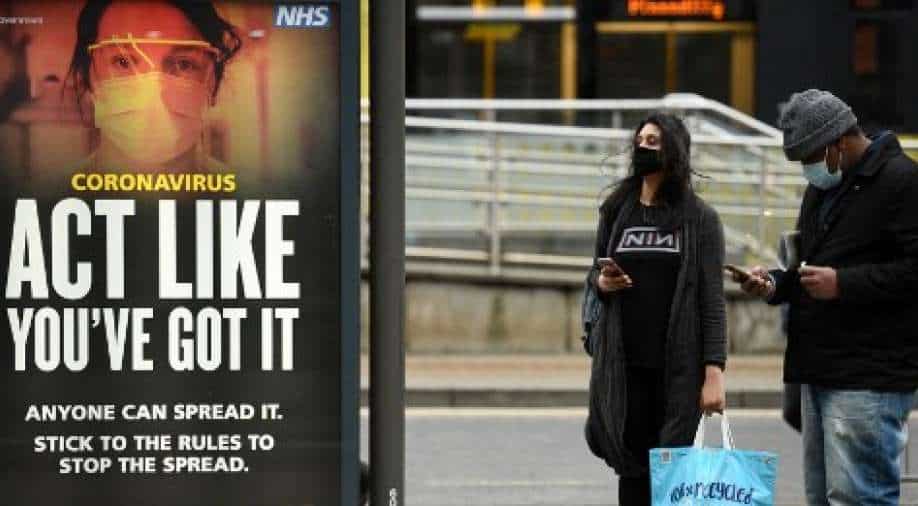 After spending much of the winter in a tight lockdown, British PM Boris Johnson is all set to announce a roadmap to ease lockdown measures in Parliament.

The "roadmap" falls under Johnson's accelerated plan to "cautiously"  reopen the economy of the United Kingdom.

The restrictions will be eased step-by-step across the whole of England at the same time. The first step of the roadmap will begin on March 8 which has been earmarked as the date when all pupils will be returning to classrooms with this, it will become the first section of society to reopen.

UK is the worst-hit country in Europe with over 4.1 million coronavirus cases and 120, 810 deaths.

Indoor home care centres are also set to resume, including allowing residents to hold hands with visitors. The rules will also allow socialising in public space. After the Easter holidays, the second part of the first reopening phase will get kickstarted with focus on outdoor gatherings, families will be given more flexibility to meet outside with numbers to be capped at six.

The Johnson government also plans to reopen all outdoor sports facilities such as tennis or basketball courts and golf course. The government has said it hopes to vaccinate all adults over the age of 50 by April 15.

Non-essential retail is expected to reopen in April with universities and colleges to be given green light to reopen campuses. In the middle of May, the third phase of the roadmap will start with pubs and restaurants likely open shutters indoors with curbs on a number of people. In this phase, it is also most likely to be the time that hairdressers and beauticians will be allowed reopen their shops though there may be further restrictions on very close contact treatments.

The families might also get permission to travel for short trips within the UK boundaries and from June indoor social gathering might be allowed with further relaxation of social contact.

Health secretary, Matt Hancock has said he is optimistic about summer holidays being permitted in the UK. From June the tourism sector could reopen. The authorities have ensured that the gradual reopening process will go hand in hand with the number of coronavirus cases and the simultaneous inoculation drive.

The Johnson government has laid emphasis on reducing hospitalisations and deaths and the successful continuation of the vaccine deployment program.

The NHS has said that they will need to ensure that assessment of the risks is not fundamentally changed by new "variants of concern". A blueprint would seek to balance the health needs with the social and economic impacts of lockdown.

The number of new confirmed cases, hospitalizations and deaths have been declining in February but remain high and the Johnson government says his reopening roadmap will follow “data, not dates".