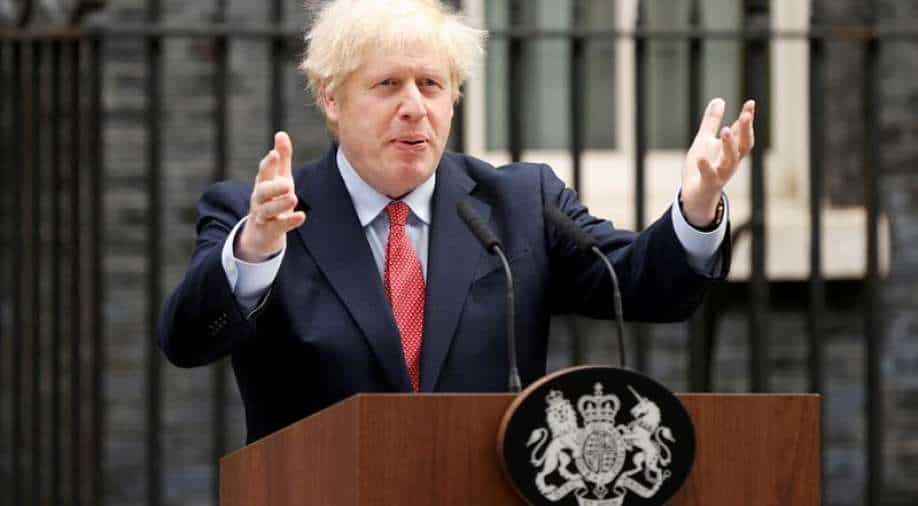 The movement of 56 million people was limited and a mass vaccination programme was launched. Now, 98 days on, infections, hospitalisations and deaths have fallen. At least 60% of the adult population has received one vaccine dose

In January this year, as Christmas & New Year festivities came to an end, a new and more transmissible variant of the coronavirus led to a massive spike in infections in the UK. To suppress the surge, a third lockdown was imposed, one of the largest and most stringent lockdowns in the world.

The movement of 56 million people was limited and a mass vaccination programme was launched.

Now, 98 days on, infections, hospitalisations, and deaths have fallen. At least 60% of the adult population has received one vaccine dose.

Britain is slowly unlocking as restrictions are being eased.

Boris Johnson plans to get a haircut, and the people are enjoying their freedom.

The mood is festive. A customer said, "Oh it feels great, it's amazing, there's nothing like it."

The streets are packed. Antonia and Blythe, two students, said, “The start of a new world baby. So exciting to be out on the street. It’s going to be a good time."

The stores are filled up. Nicole Teufelberger, a fashion student, said, “It’s really nice. We talked about it, we walked here, and it feels almost like London’s coming back alive.”

The pubs are buzzing. Lachlan Andrews and Ian Thomason, pub managers, said, “Yeah, I am definitely not going to take a pint for granted ever again. that's just always going to be like yeah... that's going to be a thing."

Families have reunited. Mother and son reunited after almost a year apart due to coronavirus restrictions, said, “It just feels like being released really, from a cage, basically seeing my boy again..."

And the drinks are flowing.

After living under the most stringent restrictions, the people of the United Kingdom can't help but stay outdoors. In Birmingham, there are long queues outside luxury stores as people are keen to indulge in some retail therapy.

In Yorkshire, they are toasting to the easing of restrictions with early morning pints.

Geoff, a customer, said, "It's just fantastic. So, I haven’t had one since Christmas day, so this is my first beer this year and how I will carry on later on, I don't know, but it tastes fantastic."

And in London, they are savouring the chance to meet with some steak and laughter.

George Wicks, guest at Skylight Bar, said, “Yeah, we were we were excited to get out. yeah. At least, anyway, it's nice to go out the flat."

At the onset of 2021, the United Kingdom was going through one of Europe's worst coronavirus outbreaks but thanks to timely measures, the situation is finally stabilising.

The infections have fallen by two-thirds since February.

Gatherings of 10 people are now being permitted and students above 8 years of age have returned to classrooms. Meanwhile, the vaccine rollout continues. 5.6 million people have been fully vaccinated, 32 million have had their first dose and only 2,800 people are in hospital. According to estimates, by July 31, most British citizens above 18 years of age, in the age group of 40-49 years, 30-39 years, and 18-29 years, will have received their first dose.

As much of the world is bracing for yet another lockdown, the United Kingdom is returning to normalcy but after so many false dawns, there's no guarantee that there would be no going back one more time.

Johnson added, “So, as we unlock, the result will inevitably be that we will see more infection, sadly we will see more hospitalisations and deaths and people have just got to understand that."