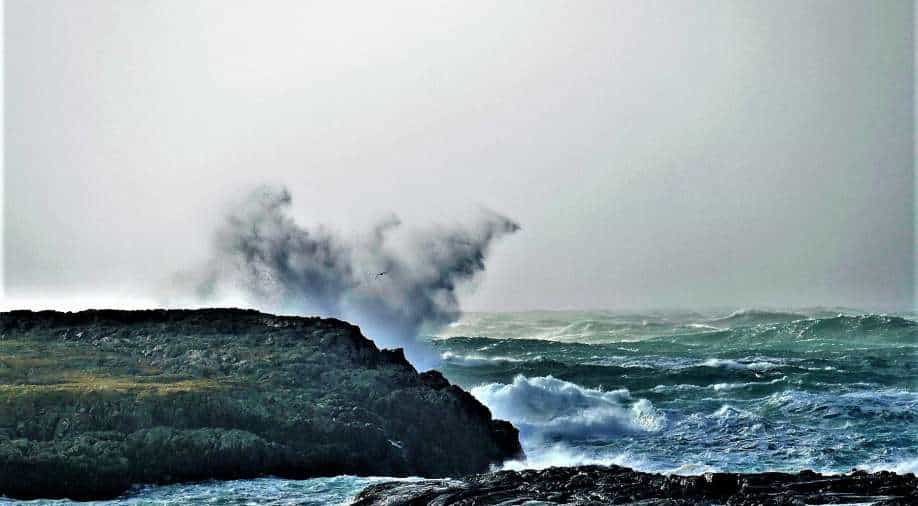 Britain is already going through power cuts and travel destructions due to storm Dudley. However, the next storm is expected to be more severe

As the current situation in Britain is worsening with snow and biting temperatures, a 'rare' red warning could be used by the Met department to make people aware. Storm Dudley has already made landfall and storm Eunice is expected to bring in even stronger winds of 100mph.

According to the reports by The Mirror, a met office red warning is defined as: “Dangerous weather is expected and, if you haven’t already done so, you should take action now to keep yourself and others safe from the impact of the severe weather."

It further notes that "it is very likely that there will be a risk to life, with substantial disruption to travel, energy supplies and possibly widespread damage to property and infrastructure. You should avoid travelling, where possible, and follow the advice of the emergency services and local authorities.”

#StormDudley is doing weird things to the sky up in Edinburgh pic.twitter.com/VUctBOTyLC

Storm Dudley has arrived on Islay this afternoon pic.twitter.com/ke1uSsV7EF

Britain is already going through power cuts and travel destructions due to storm Dudley. However, the next storm is expected to be more severe.

BBC weather presenter Simon King has also said that the warning could be upgraded to red, which is considered the highest level.

Two flood warnings are in place for the Cumbrian coastline and Keswick Campsite. Not just this but 42 flood alerts have been issued across northern England as well.

In Scotland, a flood warning has been issued from Ayr to Troon. Several flood alerts have also been issued.

As per the met office, the severe weather is expected to ease on Thursday before getting worse on Friday.