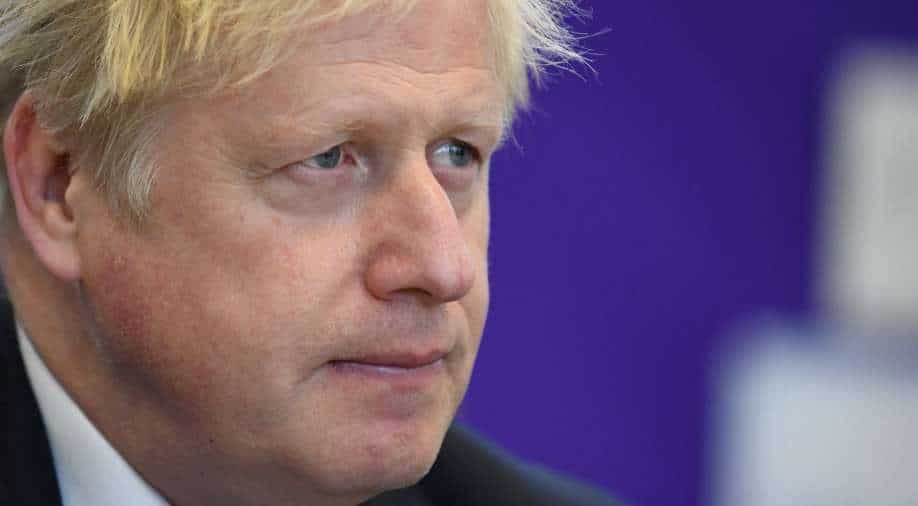 Boris Johnson has reportedly informed Sir Graham Brady, chairman of the Conservative 1922 Committee, of his decision to quit

UK’s embattled Prime Minister Boris Johnson will most likely resign as the Conservative leader today (Thursday), BBC has reported. It comes amid a flurry of resignations and sackings of Cabinet ministers. So far, at least 50 ministers have stepped down.

Johnson will continue to serve as prime minister until the autumn to allow a new leadership contest to take place.

A No 10 spokesman told BBC, "The prime minister will make a statement to the country today."

Johnson spoke to Sir Graham Brady, chairman of the Conservative 1922 Committee, to inform him of his decision, a source told the BBC.

"The Prime Minister has spoken to Graham Brady and agreed to stand down in time for a new leader to be in place by the conference in October," the source added.

The chain of resignations began on Tuesday with Chancellor of Exchequer Rishi Sunak and Health Secretary Sajid Javid. On Thursday, UK Education Minister Michelle Donelan resigned two days after in the office.

Reacting to the move, Conservative MP Tobias Ellwood said he's "glad he recognised the damage that was being done not just to the party brand but also our international stock.”

In an interview to Today Programme, Ellwood adds that the party now has a "massive amount of regrouping to do"

It was revealed that Johnson knew about sexual misconduct allegations against Pincher, a Conservative lawmaker, before the latter was promoted to a senior position .

Last week, Pincher resigned as deputy chief whip after complaints he groped two men at a private club. That triggered a series of reports about past allegations leveled against Pincher — and shifting explanations from the government about what Johnson knew when he tapped him for a senior job enforcing party discipline.