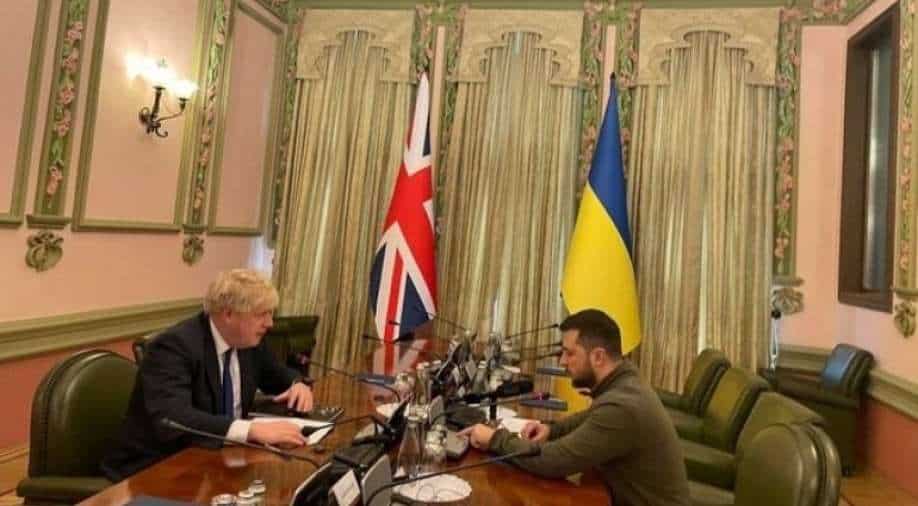 The Ukrainian President has reiterated on Saturday that his country was "still ready" to continue negotiations with Russia, an AFP report said

On Facebook, Zelensky’s aide Andriy Sybiha, in a post along with photo of the two leaders, said, "Boris Johnson's visit in Kyiv began just now with a tete-a-tete meeting with President Zelensky."

The Ukrainian President has reiterated on Saturday that his country was "still ready" to continue negotiations with Russia, an AFP report said.

The peace negotiations are currently on hold after the discovery of atrocities in Bucha and other areas near Kyiv.

In a press conference with the Austrian Chancellor Karl Nehammer, Zelensky said, "Yes, (Russian) forces are gathering in the east (of Ukraine). This will be a hard battle, we believe in this fight and our victory. We are ready to simultaneously fight and look for diplomatic ways to put an end to this war.”

Watch: EU hints at giving membership to Ukraine amid the ongoing Russian invasion of Ukraine

Several world leaders seem to have been makings visits to the Ukraine capital now.

In cities across eastern Ukraine, air-raid sirens were sounded as it has become the focus of Russian forces after a withdrawal from areas, which were close to Kyiv.