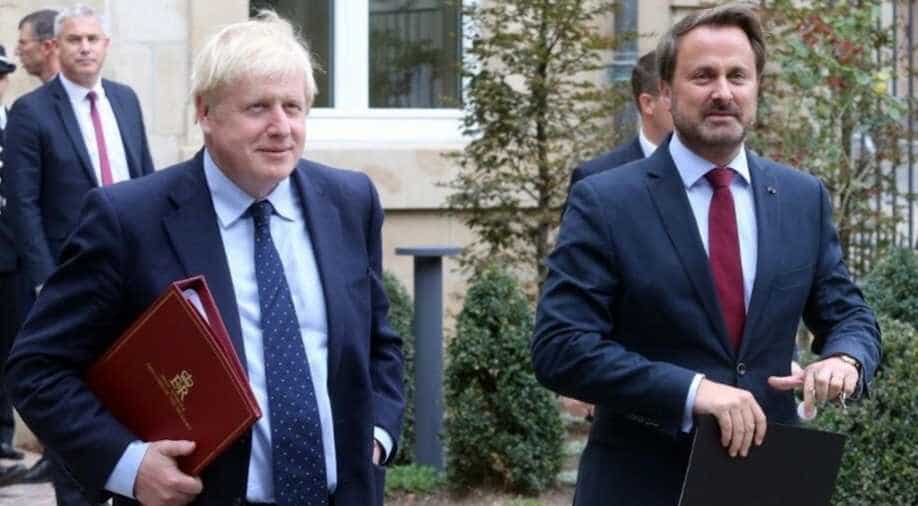 Luxembourg's premier went ahead with the briefing in front of flags from his country and the UK and an empty podium where Johnson was meant to have stood.

Luxembourg's premier, Xavier Bettel, went ahead with the briefing in front of flags from his country and the UK and an empty podium where Johnson was meant to have stood, telling the absent prime minister, "The time is ticking. So stop speaking and act."

Bettel, who had a meeting with Johnson following the British leader's working lunch with European Commission President Jean-Claude Juncker in Luxembourg, was scathing about Johnson's efforts to rewrite a withdrawal agreement the UK had struck with the EU under his predecessor Theresa May.

He echoed the EU's message that the UK had offered up no viable alternative to the safeguards in that agreement to protect peace in Northern Ireland while respecting London's intent to break free of EU institutions.

"For me I have just one withdrawal agreement on the table and it’s the one from last year," Bettel said.

"There are no changes, there are no concrete proposals for the moment on the table and I won't give an agreement to ideas," he said, urging Britain to come up with "written proposals".

Johnson's absence from what was planned to be a joint media conference was highlighted on social media, where pictures of the empty British podium were relayed.

A small anti-Johnson protest, with demonstrators holding up signs saying "Bog off Boris" and other slogans, was held next to the spot where the media conference took place.

Bettel appeared to align with Johnson on one point: a reluctance to give Britain another extension to the October 31 date it is due to leave the EU.

The UK parliament has passed a law requiring Johnson to ask for such an extension -- a third prolongation -- by October 19 if no new deal is struck. But the British prime minister has indicated he will not do so.

In his lunch with Juncker, Johnson said, "he would not request an extension".