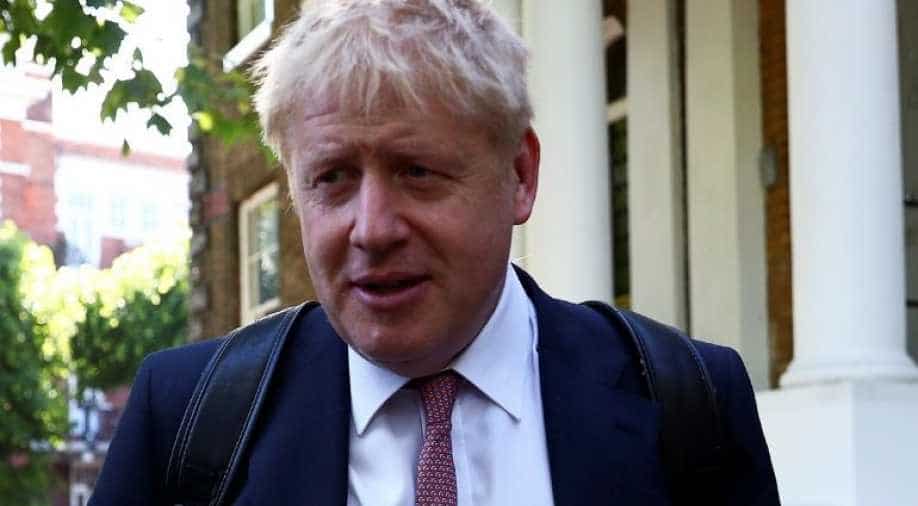 Johnson`s government already relies on the support of a small Northern Irish party for its wafer-thin majority, with just a handful of rebels in his own Conservatives needed to lose key votes - as his predecessor Theresa May repeatedly found

British Prime Minister Boris Johnson could see his working majority in parliament reduced to just one when voters in a rural Welsh parliamentary seat go to the polls on Thursday in his first electoral test as leader.

The pro-European Union Liberal Democrats are the bookmakers` favourites to win the vote in Brecon and Radnorshire, triggered when Conservative lawmaker Chris Davies was ousted by a petition of constituents after being convicted of falsifying expenses.

Brecon is a region where sheep outnumber people many times over and where the prospect of steep EU tariffs being slapped on its Welsh lamb exports in a no-deal Brexit have prompted widespread concern among farmers.

Johnson`s government already relies on the support of a small Northern Irish party for its wafer-thin majority, with just a handful of rebels in his own Conservatives needed to lose key votes - as his predecessor Theresa May repeatedly found.

May stepped down after her Brexit deal with the EU was rejected three times by parliament.

Johnson has said he plans to renegotiate that deal but that Britain will leave the bloc on October 31 with or without an agreement, potentially setting himself up for a fight with parliament, which has pledged to try to block a no-deal exit.

The Liberal Democrats held the seat of Brecon from 1997 until 2015 when it was won by Davies. In the 2017 snap election he held the seat with a majority of just over 8,000 votes and is running again for the Conservatives on Thursday.

Wales, and the Brecon area, voted to leave the EU at the 2016 Brexit referendum but the pro-Brexit vote is likely to be split between the Conservatives and the Brexit Party, which won the United Kingdom`s European Parliament election in May by riding a wave of anger over the failure to deliver Brexit.

In contrast, in a bid to boost the Liberal Democrats` chances by concentrating the support of `Remain` voters, other pro-EU parties including the Greens and Plaid Cymru are not standing in the election.
Liberal Democrat candidate Jane Dodds has also sought to focus her campaign on local issues.

"I believe we deserve better from our politicians and the Westminster government. I`ll be a strong voice for everyone who feels let down by those in power," Dodds, who is also the Liberal Democrats` leader in Wales, said on her website.

The Conservatives, who have seen their national poll ratings jump since Johnson took over in what has been dubbed a Boris bounce, will be hoping for a last-minute boost from their new leader, who visited the area on Tuesday.

But the National Farmers` Union (NFU) in Wales has warned Johnson of the potential consequences for lamb producers of leaving the EU without a deal.

"The prime minister must prioritise the protection of this core market through securing continued, unfettered access," its president John Davies said. "The EU is our nearest and largest export market and any interruption to this trade will have catastrophic impacts for Welsh farming."

The result is expected in the early hours of Friday morning.