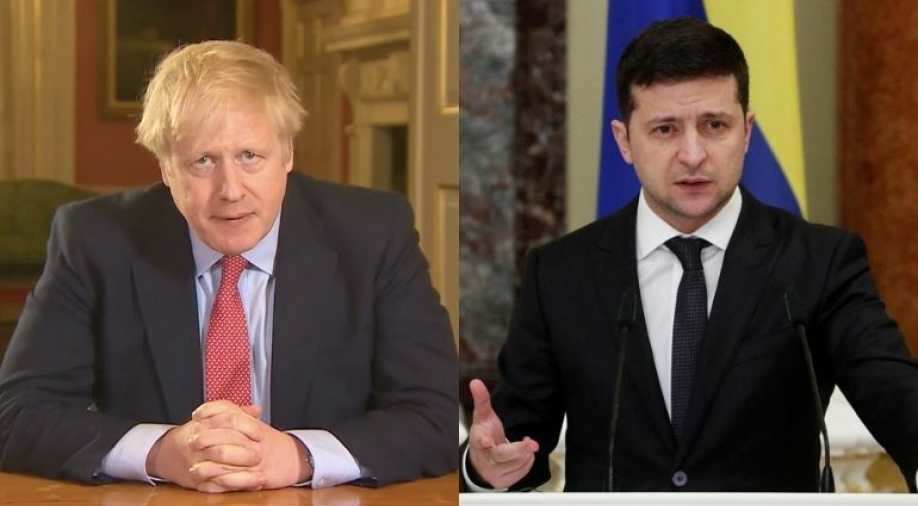 Russia in 2014 annexed Crimea from Ukraine, a move that also prompted the outbreak of a Moscow-backed separatist conflict in the country's east.

The British Prime Minister Boris Johnson on Thursday vowed his support to Kiev's sovereignty "in the face of Russia's destabilising behaviour" and countering its "malign influence".

Britain and Ukraine have clinched a "strategic partnership agreement" that includes a free trade deal covering goods, services, and tariffs and quotas.

The deal was signed in Downing Street as Ukrainian President Volodymyr Zelensky makes a two-day visit to the UK.

It will replace key elements of an existing partnership agreement between Ukraine and the European Union, as London looks to its post-Brexit future in 2021.

Britain formally left the bloc in January but has remained bound by most of its rules until the end of the year under the terms of its divorce.

"The two leaders discussed the importance of working together to counter Russia's malign influence, both in Ukraine and in the wider region," a Downing Street spokesman said.

"They also expressed their shared concern about the situation in Belarus. The prime minister outlined the steps the UK has taken in response to human rights abuses in the country, including the imposition of sanctions."

"The UK is Ukraine's most fervent supporter," Johnson said in a statement ahead of the signing.

"We are utterly committed to upholding the sovereignty and territorial integrity of Ukraine," he added, calling the new agreement "the next chapter" in the countries' relationship.

Russia in 2014 annexed Crimea from Ukraine, a move that also prompted the outbreak of a Moscow-backed separatist conflict in the country's east.

London said it is "a staunch defender of Ukraine's right to self-determination" and noted British troops had trained over 18,000 members of Ukraine's armed forces since 2015.

The UK will also soon lead a multi-national "maritime training initiative" for the Ukrainian Navy, according to Downing Street.