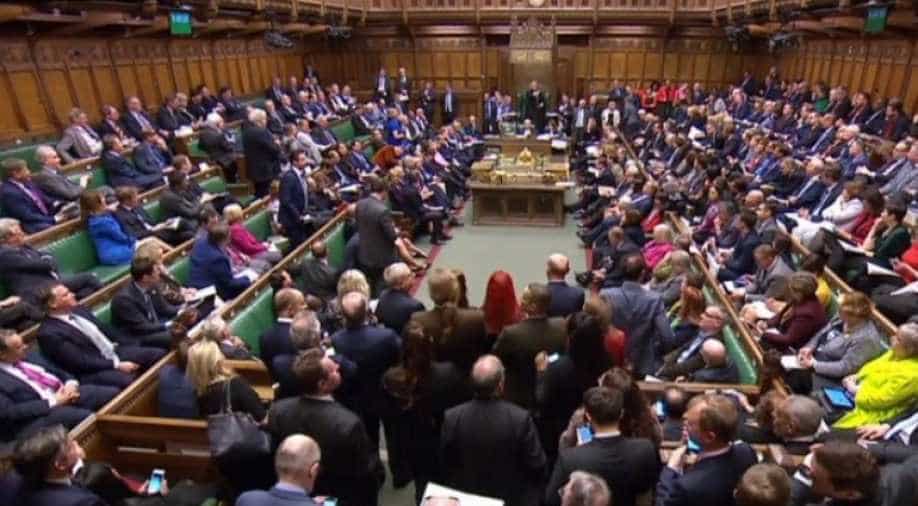 Cabinet member Michael Gove said that the government would outline its next steps in parliament later on Wednesday.

British Ministers of Parliament (MPs) return to the parliament on Wednesday following a momentous Supreme Court ruling that Prime Minister Boris Johnson's decision to suspend the parliament was unlawful.

The judgement has challenged Johnson's authority, prompting calls for his resignation and casting further doubt on his promise to pull Britain out of the European Union on October 31.

The Conservative leader was due to arrive back from New York, heading straight into a political maelstrom triggered by Tuesday's damning court ruling that his decision to suspend parliament for five weeks was unlawful.

Britain's right-wing tabloids reacted angrily to the ruling, with The Sun saying it had been bombarded with letters from readers expressing "fury".

The Daily Telegraph said Johnson was "seen as the champion of the people against an establishment determined to stop Brexit", while for the Daily Mail, "The real political vandals are the out of touch MPs blocking Brexit".

The Speaker of the House of Commons, John Bercow, announced that MPs would reconvene at 1030 GMT on Wednesday, while the upper House of Lords said it would return later the same day.

Labour opposition leader Jeremy Corbyn called on Johnson to resign but said that he would not call a no-confidence vote in the parliament until the possibility of a no-deal Brexit had been eliminated.

"Our first priority is to prevent a no-deal exit from the European Union on October 31," Corbyn told BBC radio.

Bercow said there would be no Prime Minister's Questions - a weekly session held on Wednesdays - but there would be "full scope for urgent questions, for ministerial statements, and for applications for emergency debates".

Cabinet member Michael Gove said that the government would outline its next steps in parliament later on Wednesday.

The ruling throws Johnson's Brexit planning into disarray - coming after a series of defeats in the parliament that have curbed his plans for Brexit even if there is no divorce deal with Brussels.

Johnson told British media that he "strongly disagreed" with the decision but would respect it.

The Prime Minister is likely to also renew his call for an early election to end the stand-off with parliament, having said in New York on the sidelines of the UN General Assembly on Tuesday that it was "the obvious thing to do".

Despite the series of hammer blows in the House of Commons and the courts as well as losing his parliamentary majority, Johnson is still riding high in the polls and keen for an election to try and win enough seats to push through Brexit.

But he requires the consent of opposition parties to hold a snap election and they are so far reluctant, preferring to use their working majority to keep a tight leash on Johnson as the EU departure deadline of October 31 looms.

Dead in a ditch

The 11 Supreme Court judges ruled on Tuesday that the parliamentary suspension, which came into effect this month, was "unlawful, void and of no effect".

Johnson had argued that shutting down parliament until October 14 was a routine move to allow his new government to set out a new legislative programme.

But critics accused him of trying to silence MPs.

Johnson is likely to resist resignation calls, insisting that he must take Britain out of the EU next month regardless of the circumstances.

In the week between returning from their summer holiday and prorogation on September 10, MPs passed a law aiming to stop "no deal".

It obliges Johnson to ask to delay Brexit by three months if he has not agreed a divorce deal at an EU summit on October 17 and 18.

But the Prime Minister has said he would rather "be dead in a ditch" than ask for another extension, setting up a potential showdown.

Johnson said Tuesday that he hoped to amend the divorce deal struck between the EU and his predecessor Theresa May, which has been rejected by MPs three times.