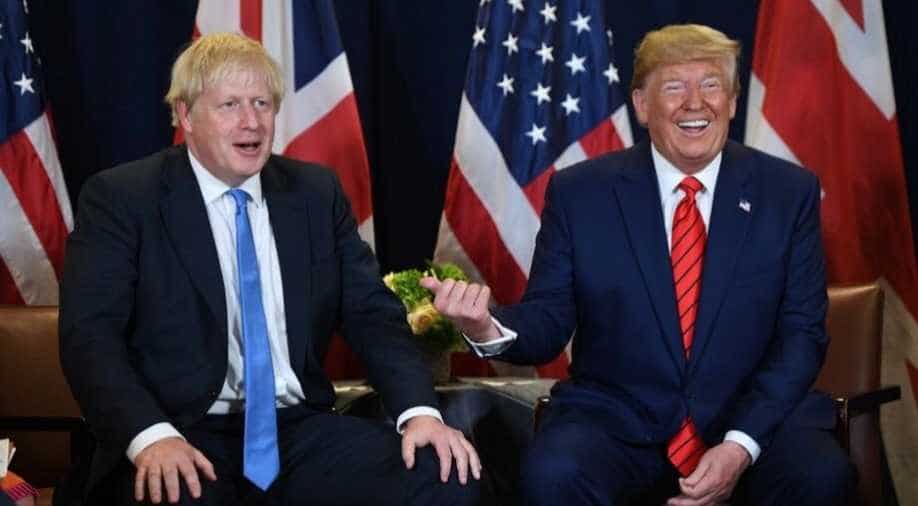 US President Donald Trump threw his weight Tuesday behind Boris Johnson's plan to exit the European Union as the British leader suffered a major setback in court.

Trump said it took a man such as Johnson to get Brexit done and that Brexit had to be done.

"It would be a terrible thing to do it any other way," Trump added as the pair met on the sidelines of the United Nations General Assembly.

Trump also dismissed British opposition demands that Johnson should resign after the Supreme Court ruled he had acted unlawfully.

Asked by reporters about calls for Johnson to resign, Trump said, "I'll tell you, I know him well, he’s not going anywhere."

Johnson on Tuesday vowed to press ahead with his plan for Brexit on October 31, despite a momentous Supreme Court ruling that found his decision to suspend parliament unlawful.

The American president told reporters that he had "no reaction" when he heard that Britain's highest court had ruled against Johnson.

"He's a professional. It's just another day in the office," Trump said of his British counterpart.

The ruling came after a series of defeats in parliament that had curbed Johnson's plans to leave the EU at the end of next month even without a divorce deal with Brussels.

Three years after the 2016 Brexit referendum, Johnson has insisted Britain must leave the EU without further delays, but lawmakers fear the disruptive impact of exiting without a deal with Brussels.

Johnson told reporters in New York that he "strongly disagreed" with the court decision but said he would respect it.

He also renewed his calls for Jeremy Corbyn, the leader of Britain's main opposition Labour party, to back a general election.

Corbyn said Johnson should resign after the court judgement.