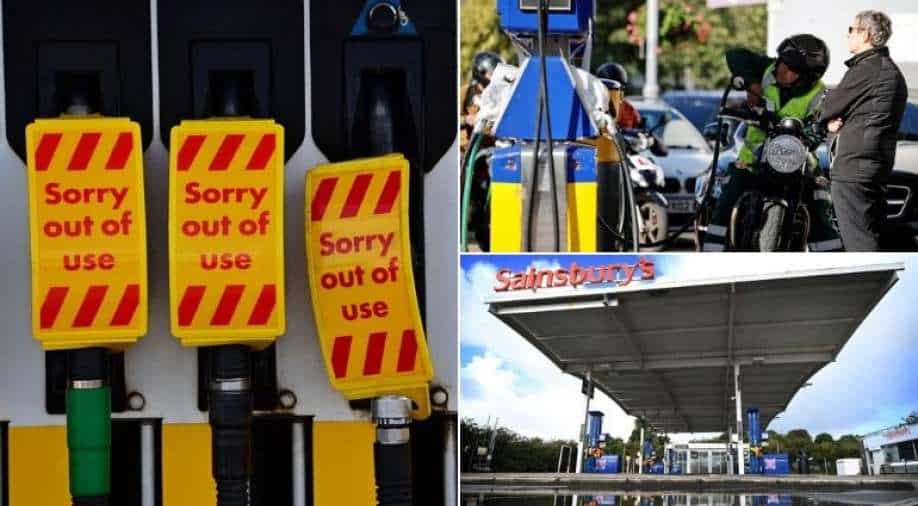 Troops are expected to be deployeed within days to help ease the crisis, with Prime Minister Boris Johnson insisting this week that the situation was returning to normal

UK petrol stations are still running out of fuel, a retailers' group warned on Thursday, contradicting government claims that a spate of panic-buying is ebbing.

Queues continued to build at refuelling stations, especially in London and southern England, including at one site in Hampshire where a transport truck carrying a military helicopter was sighted.

Troops are expected to be deployeed within days to help ease the crisis, with Prime Minister Boris Johnson insisting this week that the situation was returning to normal.

Treasury Chief Secretary Simon Clarke told Sky News on Thursday that "more fuel is being delivered to petrol stations than is being sold, so that crisis is now absolutely back under control".

However, the Petrol Retailers Association said 27 percent of stations had run dry -- the same number as on Wednesday.

"PRA members are reporting that whilst they are continuing to take further deliveries of fuel, this is running out quicker than usual due to unprecedented demand," association chief Gordon Balmer said.

A shortage of tanker drivers last week sparked fears of pumps running dry, triggering panic-buying and some cases of fighting between irate drivers.

Johnson's government campaigned for an end to free movement across Europe during Brexit, promising to "take back control" of what it saw as unchecked immigration.

"It is important to remember that fuel stocks remain normal at refineries and terminals, and deliveries have been reduced solely due to the shortage of HGV (heavy-goods vehicle) drivers," Balmer said.