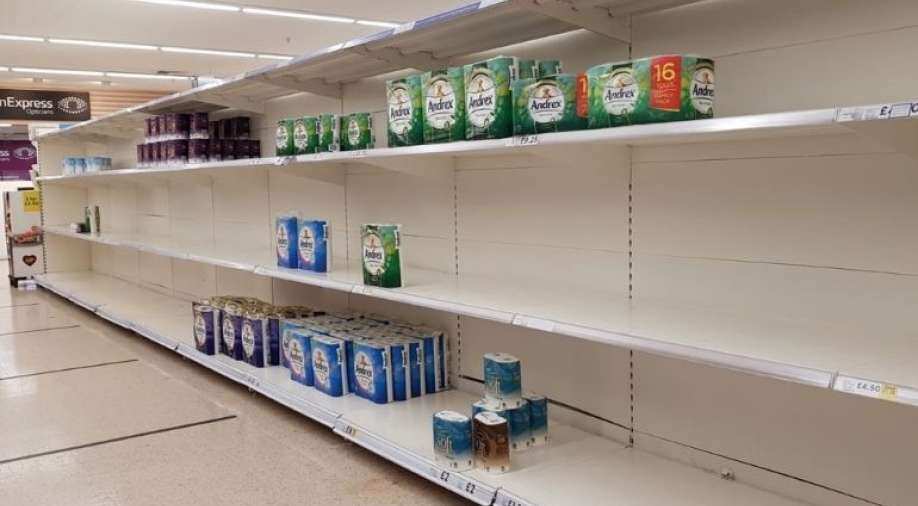 500 key locations will be accessible automatically regardless of whether the app pings them, although, they will be required to take daily tests at their workplace

After staff shortages in the food sector which resulted in bare shelves at supermarkets, an official said Friday that thousands of British food workers will be exempt from self-isolation if they encounter a COVID-19 case.

A number of important industries have been affected by the rules requiring workers who come into contact with an infected person to stay at home.

Also read | All you need to know about 'pingdemic' gripping Britain

Several sectors are complaining of a "pingdemic" as coronavirus cases rage once again in the UK as users receive notifications when they come into contact with an infected person and are advised to isolate themselves.

According to Environment Secretary George Eustice, more than 10,000 workers are now exempt from rules requiring self-isolation. It includes those working at supermarket depots, dairy factories and bread manufacturing sites.

Keeping our food supplies intact is vital, Eustice said, adding that after high absence rates this week the government has decided to exempt food sector workers.

In the wake of fears of food supply chain delays, British newspapers were awash with photographs of empty supermarket shelves.

Employees will be allowed to continue working at 500 key sites automatically even if the app pings them. However, at their workplace, they will be required to take daily tests.

The government announced late Thursday that the measures would be implemented starting this week.

Recent weeks have seen a spike in cases in the UK largely caused by a highly contagious variant called Delta. However, most virus restrictions were lifted in England on Monday.

A total of 54,000 cases were reported on Saturday, the highest since January.

At least until August 16, self-isolation for 10 days following notification of contact with a virus case will be required.