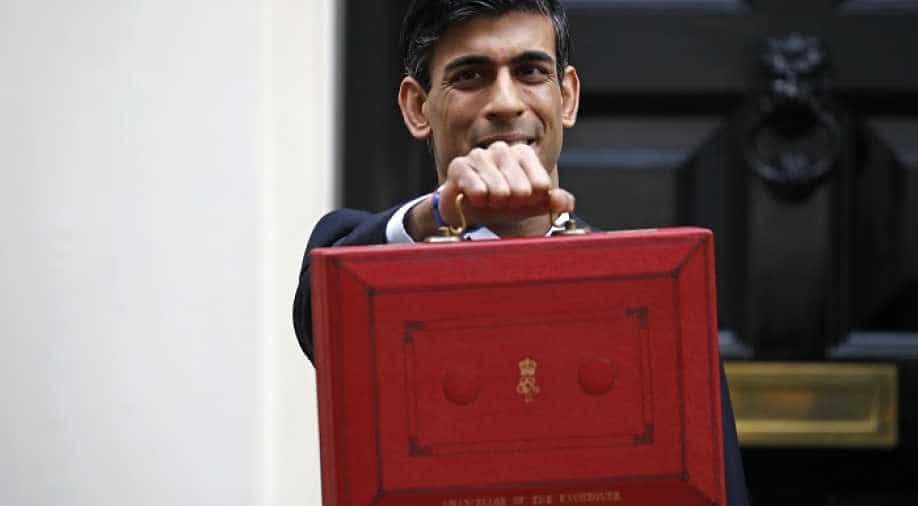 Britain has been under further strain after it dramatically left the European Union on January 1 with the government facing huge investment challenges.

British finance minister Rishi Sunak is set to present his government's budget as England continues to battle the coronavirus pandemic and record jobs cuts in the past year in the post-Brexit era.

Sunak has said his top priority will be to "protect jobs" and "livelihoods of the British people" even as Britain has recorded the highest borrowing since World War-II with the pandemic taking a huge economic toll.

England which is still under various stages of lockdown has been the worst-hit country in Europe due to the virus with over 4.2 million coronavirus cases and more than 123,500 fatalities. England is set to gradually lift the lockdown from next week staring with reopening schools.

Britain has been under further strain after it dramatically left the European Union on January 1 with the government facing huge investment challenges. Sunak is expected to extend the furlough programme by five months until the end of September and support self-employed schemes

According to experts, Sunak is eyeing an increase in corporation tax rate. Sunak has said he will "modernise" Britain's listing rules to attract more high-growth and "blank cheque" as Britain's London Stock Exchange faces tough competition from NYSE and Nasdaq in New York and Euronext in Amsterdam in the post-Brexit era.

Sunak has promised to do "whatever it takes" to support the economy as Britain tries to emerge from the ravages of the pandemic and looks at the post-Brexit era with PM Johnson set to outline his government's agenda in the budget.

Return the favour: South Korea looks to US for COVID-19 vaccine aid