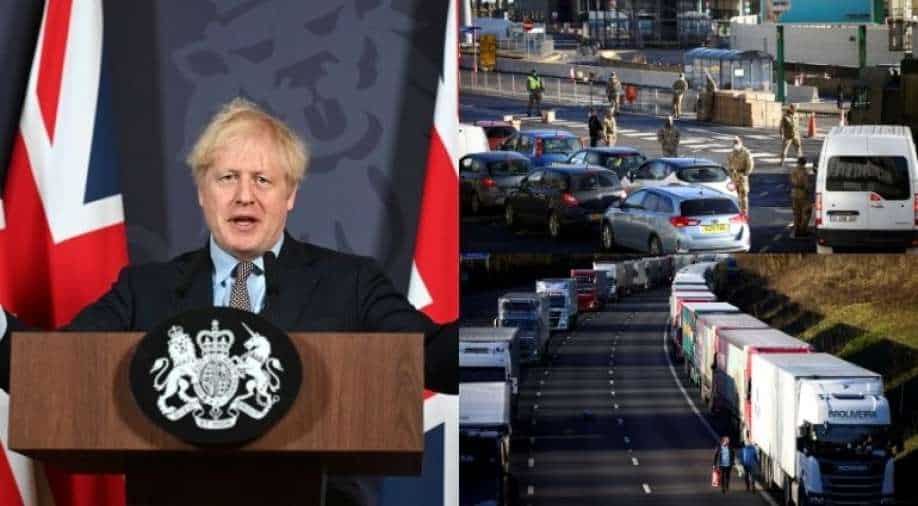 Britain deployed additional military personnel to the port of Dover on Friday to help clear the queues of lorries following the resumption of cross-channel travel for drivers who test negative for COVID-19.

Several thousand cargo trucks have been trapped for days around the southern English port of Dover since France closed borders with the UK in a bid to stop the spread of a new coronavirus strain.

Hundreds of lorries arrived at the French port of Calais on Friday as authorities scrambled to ease a bottleneck in Britain, where thousands of drivers have been stuck for days after France imposed tougher coronavirus rules.

Traffic was moving only slowly through the port on Friday, a public holiday. Most trucks were still parked further up the motorway as drivers waited to take tests before being allowed to board the cross-channel ferries.

British transport minister Grant Shapps said on Twitter on Friday more than 10,000 coronavirus tests had been carried out on lorry drivers and only 24 of them had tested positive.

A huge thank you for the tireless efforts of our troops, police, civilian testers, council planners & port & ferry workers for giving up their Xmas to get people home.

Soldiers were checking vehicles and drivers' documents at the entrance to the port and French officials, in Dover to help clear the backlog, were seen administering a nasal swab to a driver.

An additional 800 British troops have now been deployed to the port, on top of the 300 sent initially, British media reported.

The French and British governments agreed to end the blockade late on Tuesday but the long lines of trucks are expected to take days to clear, British authorities have said.

More than 700 hauliers have been cleared for departure since France reopened its border, the British Broadcasting Corporation reported.