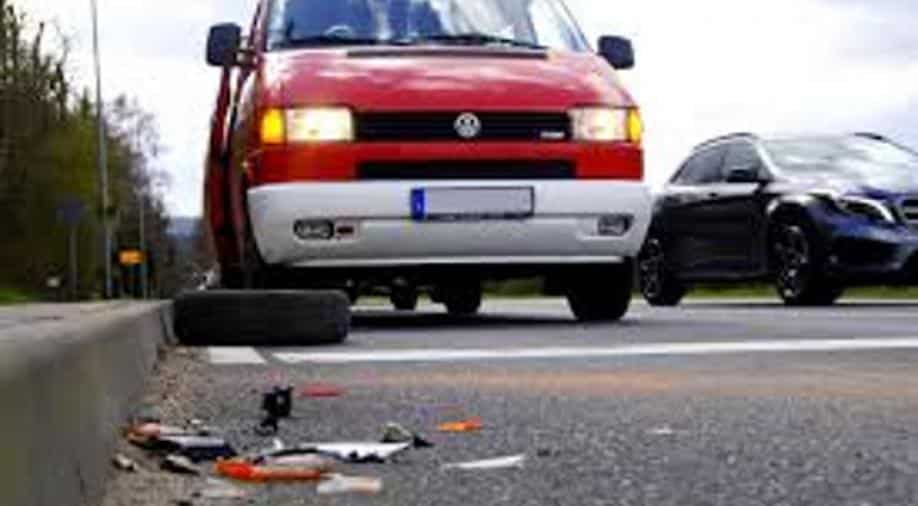 Two truck drivers guilty of killing eight Indians last year in one of Britain's worst road accidents were jailed by a UK court on Friday.

Ryszard Masierak, a 31-year-old Polish national convicted of dangerous and drink driving at the end of a trial earlier this month, was jailed for 14 years.

He had been cleared by a jury of the more serious charge of dangerous driving at the end of the trial at Aylesbury Crown Court.

The crash had led to the deaths of Nottingham-based Keralite minibus driver Cyriac Joseph and seven of his passengers, all Indians.

The 52-year-old had been hired to drive his passengers from Nottingham to London to join a European holiday tour group when they met with the fatal accident.

"This was a prolonged, persistent and deliberate course of very bad driving. He had consumed significant amounts of alcohol," Prosecutor Oliver Saxby told the court.

Judge Francis Sheridan described the crash as the most serious in the UK for more than 26 years, for which the Masierak had shown "no remorse".

"What you have tried to do is blame everyone and everybody except yourself," the judge told him.

In reference to Wagstaff, the judge blamed his use of a mobile phone while driving for his role in the collision.

"You took no action whatsoever because you weren't concentrating on what was in front of you they were there to be seen and you didn't see them," he said.

"The catastrophic and tragic collision was caused by both the individuals. We lost a great father, loving husband and a very good friend," a family spokesperson for Mr Joseph's family said outside the courtroom.

The other victims in Mr Joseph's minibus were from Nottingham's Malayali community and their relatives.

The entire group was on its way to London to catch a bus to Disneyland Paris when their vehicle crashed with the trucks near Newport Pagnell in southern England on August 26 last year.

Among them were IT professionals employed by software company Wipro.