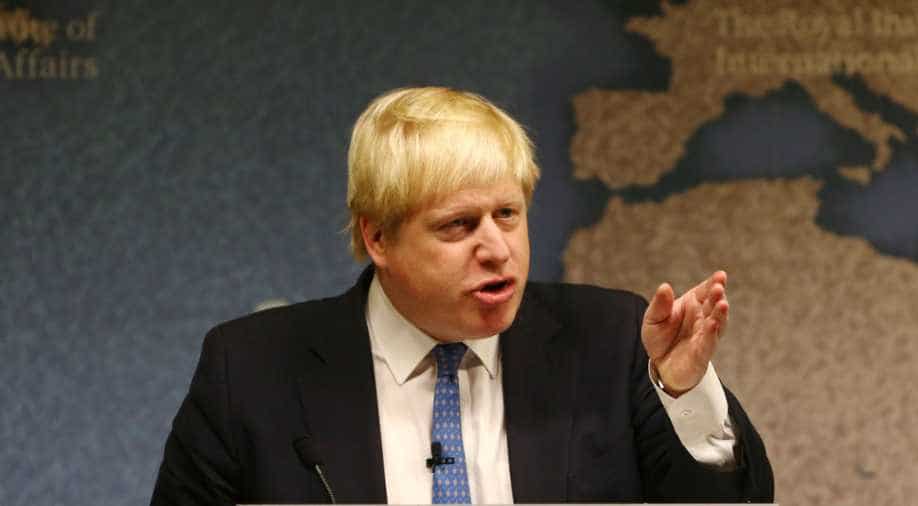 A private prosecution bid against Johnson accused him of misconduct in public office over the claim that Britain sends $440 million a week to the European Union.

Britain's former foreign secretary Boris Johnson knowingly lied during the 2016 Brexit referendum campaign over the cost of the UK's EU membership, a court heard on Thursday in an application with potentially far-reaching implications.

A private prosecution bid against Johnson accused him of misconduct in public office over the claim that Britain sends $440 million a week to the European Union.

In a hearing at Westminster Magistrates Court in London, lawyers for businessman Marcus Ball, who crowdfunded for the bid, lodged an application to summons Johnson.

After considering the arguments, judge Margot Coleman said she would issue her decision on Wednesday.

Johnson was not present, but his lawyer Adrian Darbishire said the former London mayor and pro-Brexit figurehead -- who is now bidding to replace Prime Minister Theresa May -- staunchly denied any wrongdoing.

Ball's lawyer Lewis Power argued that Johnson knew the £350-million-a-week figure was wrong, but he "repeatedly misrepresented the amount the UK sends to Europe."

Johnson's conduct "was both irresponsible and dishonest. It was, we say, criminal.

In response, Johnson's lawyer, Darbishire, "absolutely denied" that his client had "acted in an improper or dishonest manner at any time," suggesting that the case was politically motivated.