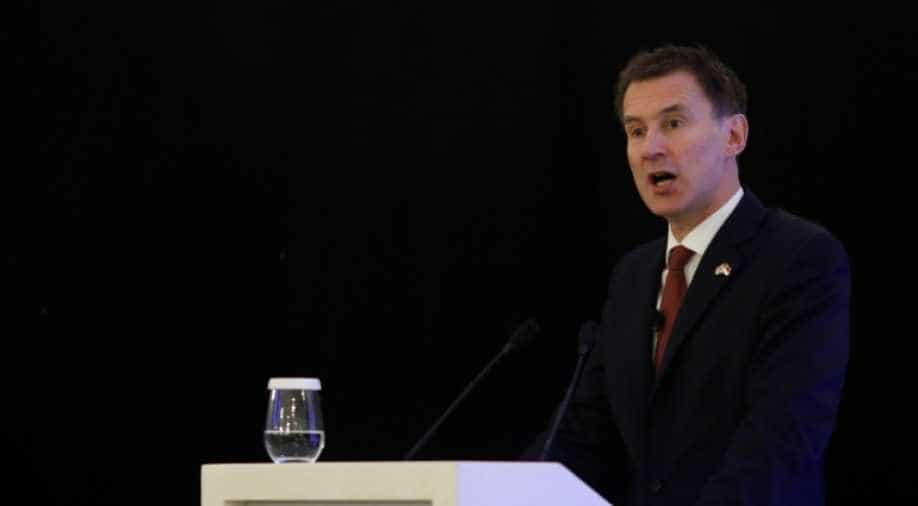 'We are not considering sanctions against the whole country because there is a humanitarian situation and we wouldn't want to make the situation even worse,' Hunt said in a statement.

He said he would raise the issue later in the day with his European Union counterparts at a meeting in Bucharest, Romania.

"We are not considering sanctions against the whole country because there is a humanitarian situation and we wouldn't want to make the situation even worse," Hunt said in a statement.

"But targeted sanctions against the kleptocrats who have enriched themselves on the back of the rest of the population who are very poor, that is something I think can be effective."

Hunt said he had spoken to Venezuelan opposition leader Juan Guaido on Wednesday.

"Mr Guaido was very clear — he wanted us to put pressure on Nicolas Maduro because they need change," he said.

He added: "What I want us to do is to put every pressure on Maduro and I'm urging EU foreign ministers to do exactly the same when I meet them this afternoon so that we do have free and fair elections and we give the people of Venezuela a fresh chance to start again.

"We have made a very clear request to Nicolas Maduro to announce elections within eight days," he said.

"So if he does not, we need to do something to increase the pressure to show that we mean what we say and we are not alone.

"This is Spain, France, Germany, many other countries, who have equally strong views as the United Kingdom."

According to a Foreign Office spokesman, Guaido told Hunt in their call "that the EU should consider increasing pressure on Maduro through further sanctions, and should collectively recognise him — Mr Guaido — as the constitutional interim President of Venezuela".