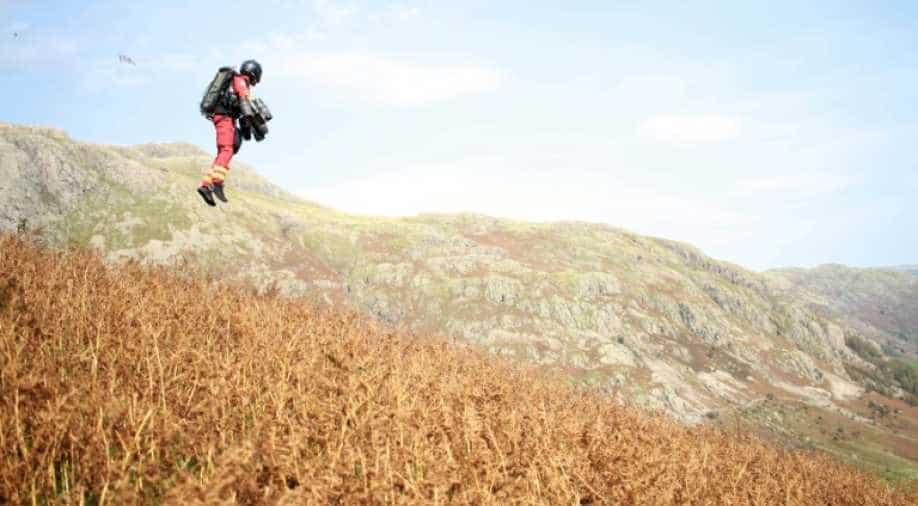 The trial saw Richard Browning, the founder of Gravity Industries which has pioneered the technology, fly from the bottom of a valley up to a simulated casualty site in 90 seconds -- compared to a 25-minute response time on foot.

Video of the simulated exercise shows Browning, wearing a helmet, goggles and red flight suit equipped with a jet pack-style device, powering off the ground and zooming through the air just above the surface of the rocky terrain.

Andy Mawson, GNAAS director of operations, said the charity chose the test location based on its call-out data and had little idea how the tech would fare in the real world.

Mawson added that at a time of strained healthcare provision because of the coronavirus pandemic, it was "important to still push the boundaries".

GNAAS responds to more than 1,500 call-outs a year and relies on donations to fund its operations.