UK accelerates vaccine rollout as end of lockdown in sight 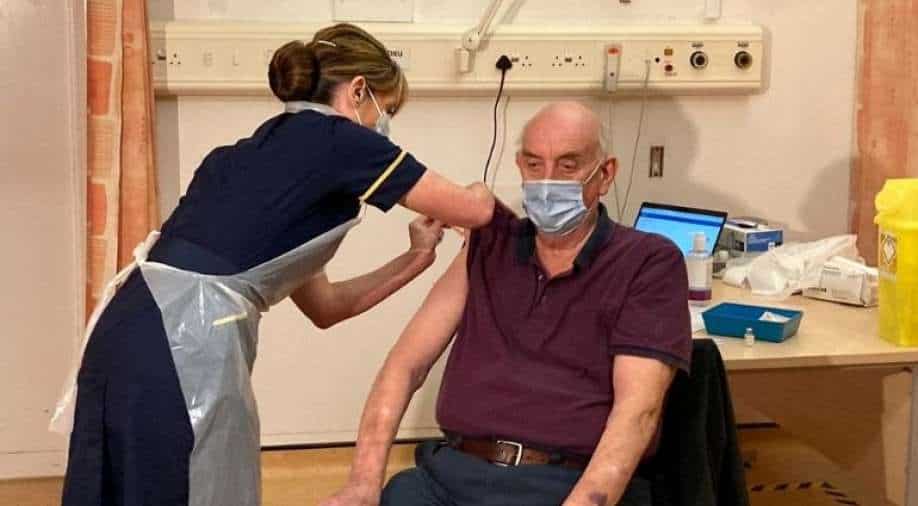 Prime Minister Boris Johnson will set out a roadmap to ease England's third national lockdown on Monday, having met a target to vaccinate 15 million Britons from higher-risk categories by mid-February

The UK government on Sunday vowed to offer a first coronavirus vaccine dose to every adult by the end of July, as it readied to announce a gradual easing of its third lockdown.

Prime Minister Boris Johnson will set out a roadmap to ease England's third national lockdown on Monday, having met a target to vaccinate 15 million Britons from higher-risk categories by mid-February.

The previous targets in the world-first campaign were to inoculate over 50s by May, and all adults by September.

After suffering the world's fifth-worst official COVID-19 death toll and a series of mishaps in its pandemic response, Johnson's government moved faster than much of the West to secure vaccine supplies, giving it a head start.

But with infection rates and hospitalisations soaring after an easing of restrictions over Christmas, the government imposed a third lockdown at the start of January, including the closure of schools, non-essential businesses and hospitality venues.

Case numbers are falling again and early evidence suggests the vaccinations are helping to reduce serious illness, while pressure is building on the government to return to normality.

Johnson cautioned that there was a need to avoid complacency, adding that lockdown would only be lifted slowly.

"We will now aim to offer a jab to every adult by the end of July, helping us the most vulnerable sooner, and take further steps to ease some of the restrictions in place," Johnson said in a statement.

"But there should be no doubt - the route out of lockdown will be cautious and phased, as we all continue to protect ourselves and those around us."

So far, he United Kingdom has given a first dose of vaccine to 17.2 million people, over a quarter of its 67 million population and behind only Israel and the United Arab Emirates in vaccines per head of population.

Two vaccines - one made by Pfizer and BioNTech, and another developed by the University of Oxford and AstraZeneca - are being rolled out, and UK officials have advised that there can be a 12 week gap between doses.