Uighurs in China being forced into hard, manual labour including cotton picking: Report 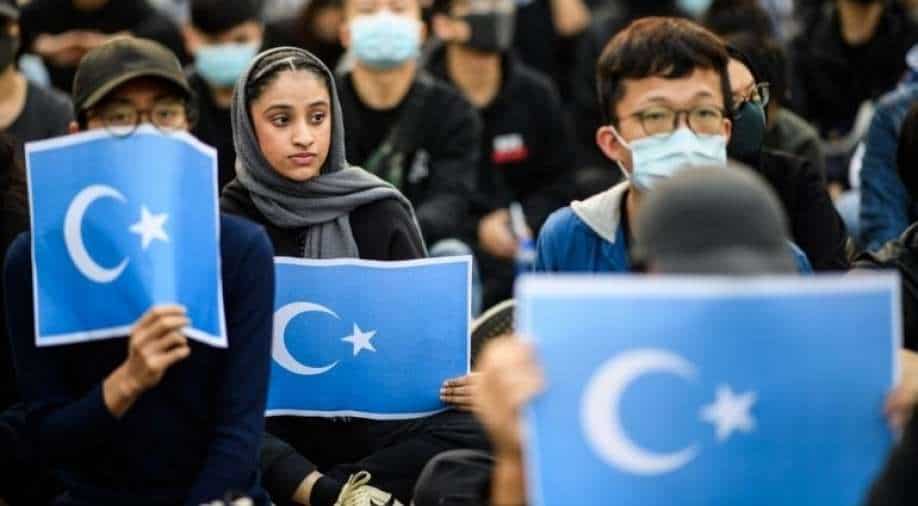 People attend a rally in Hong Kong on December 22, 2019 to show support for the Uighur minority in China. Hong Kong riot police broke up a solidarity rally for China's Uighurs on December 22 -- with one officer drawing a pistol -- as the city's pro-democr Photograph:( AFP )

China is reportedly making hundreds of thousands of Uighurs pick cotton across fields in the region of Xinjiang, a new report by the BBC claims

China is reportedly making hundreds of thousands of Uighurs pick cotton across fields in the region of Xinjiang, a new report by the BBC claims. Along with Uighurs, other minorities are also being pushed into forced manual labour.

The online documents shed light on how China is using minorities to pick cotton. Chinese cotton accounts for a fifth of the global supply and provides for the world fashion industry.

Millions continue to remain detained in camps. In addition to that, Uighurs are forcefully employed in textile factories. The Chinese government continues to deny the claims, saying that the detention centres are vocational training schools. In addition, they claim that the factories are part of poverty alleviation scheme, and that people join in voluntary.

According to the documents seen by the BBC, more than half a million workers from minority groups are forced to pick cotton in a coercive environment.

Dr Adrian Zenz, a senior fellow at the Victims of Communism Memorial Foundation in Washington uncovered the documents and said the forced labour exists on a “historical scale”, calling the discovery a “game-changer”. Zenz added how Xinjiang produces 85 per cent of China’s cotton, and 20 per cent of the global supply.

The documents accessed by BBC include government policy papers, and local news reports, which allege that Aksu and Hota prefectures sent 210,000 workers to pick cotton as part of a “labour transfer” programme in 2018. Allegedly, they picked cotton for Xinjiang Production and Construction Corps - a paramilitary organisation.

In 2020, the prefecture of Aksu met the need for 142,700 workers on its fields by “transferring all those who should be transferred”. As part of such efforts, minorities are “mobilised” and then sent to fields hundreds of kilometres away.

Over the last few years, China’s poverty alleviation programmes have worked extra hard as part of Xi Jinping’s ambition to eliminate poverty before the 100th anniversary of the Chinese Communist Party in 2021.

After two attacks on commuters in Beijing in 2013, and Kunming in 2014, Uighur Islamists were blamed. Soon after, “re-education camps” started popping up. In these camps were people who showed behaviour exhibiting untrustworthiness. These include the installation of encrypted messaging applications, viewing religious material, and in some cases even a relative living overseas.

China hopes to transform the “outdated ideas” of minorities through its camps.