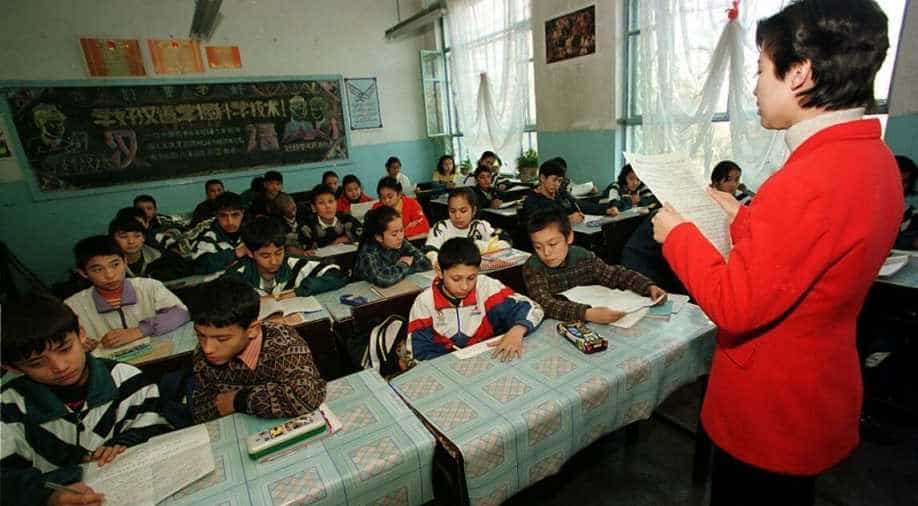 The government has recruited teachers from across China in these schools where the language of instruction is Chinese.

At least half a million Uighur Muslim children in China's Xinjian province have been taken away from their parents and forcibly put in "boarding schools", according to the New York Times.

The report says the aim of authorities is to instil "loyalty to China and the Communist party". Xinjiang’s Uighurs from Turkish decent form majority of population in Xinjiang. Earlier in the year, Turkey's foreign ministry had called China's crackdown on Uighurs "a great embarrassment for humanity".

Reports say the schools are mainly meant for indoctrination of young minds where the Uighur children receive lessons on Chinese language, patriotism and loyalty to the Communist party.

The facilities are out of bounds to outsiders which are heavily guarded. The children are allowed to meet their parents only once a week or two, according to reports. The government has recruited teachers from across China in these schools where the language of instruction is Chinese.

The United Nations estimates at least 1 million ethnic Uighur Muslims have been detained in Xinjiang in what China describes as “vocational training centres”.

Last month, in a classified report leaked to the public by an international group of journalists, alleged repressive working conditions in detention camps in Xinjiang.

The International Consortium of Investigative Journalists (ICIJ) detailed guidelines which served as a "manual" for operating the camps with instructions on how to prevent escapes, maintain secrecy of the camps' existence including "when to let detainees see relatives or even use the toilet". The Chinese foreign ministry dismissed the report.

China has stridently maintained that Xinjiang affairs are its internal matter. Beijing has maintained that vocational training being carried is meant to help stamp out Islamist extremism and separatism and to teach locals new skills.