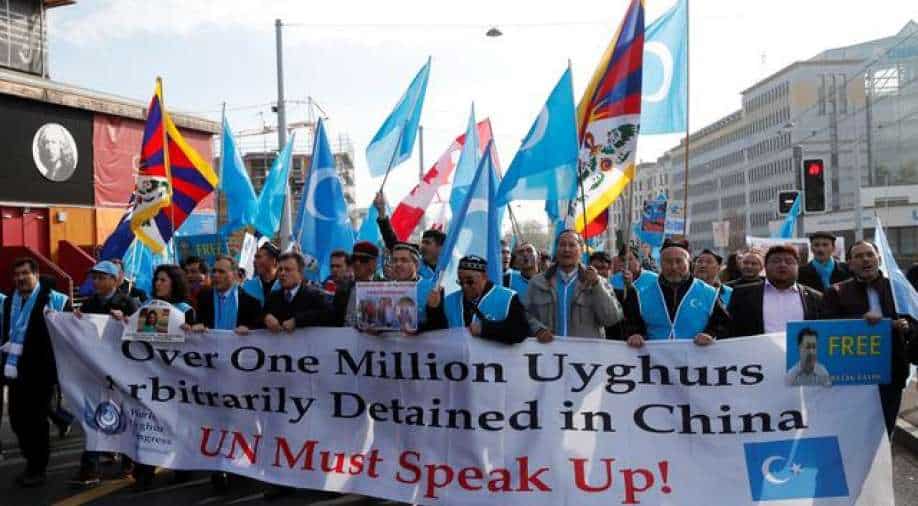 Huawei has worked with dozens of security contractors to develop surveillance products, some of which are said to be able to identify a person's ethnicity and help suppress potential protests.

Huawei has worked with at least four partner companies to develop surveillance technologies that claim to monitor people by ethnicity, The Washington Post reported Saturday.

According to the report, it's artificial intelligence surveillance technology, which includes a face-scanning camera system that can send a "Uighur alarm" to police after detecting a member of the group, has sparked an international outcry against one of China's most valuable tech companies.

Washington Post reported that despite the company's claims that it is committed to human rights at the highest level, Huawei has worked with dozens of security contractors to develop surveillance products, some of which are said to be able to identify a person's ethnicity and help suppress potential protests, according to company marketing documents.

The international backlash included a French soccer star, Antoine Griezmann, who publicly ended his work as a Huawei brand ambassador and urged the company to 'condemn this mass repression'.

Meanwhile, Huawei representatives refuted the allegations, saying that the document outlining the "Uighur alarm", used language that is "completely unacceptable".

"It is not compatible with the values of Huawei... Our technologies are not designed to identify ethnic groups," said a representative.

However, products made by Huawei with four other partner companies were also advertised to have ethnicity-tracking capabilities, according to Chinese language marketing materials posted on a public Huawei website where the material could be downloaded by anyone who registered an account. After Washington Post approached Huawei for comment, the site briefly became inaccessible, and the number of product collaborations detailed on the site had dropped from over 2,000 to 38, after returning.

"We take the allegations in the Washington Post's article very seriously and are investigating the issues raised within," a Huawei spokesperson said in a statement to The Post.

Huawei and its partners have provided some of the surveillance products to authorities in China's Xinjiang region, where the Chinese Communist Party (CCP) have detained thousands of Uighur Muslims, in an attempt to control and assimilate the ethnic minority group through a mass 're-education' campaign.

Among the surveillance products was a facial recognition system used by police in the Xinjiang capital, Urumqi, and a highway surveillance camera system for the region, according to documents from Huawei's website.

The company's partnerships reflect the ongoing expansion of surveillance in China, where top officials have called for police to use big data to fight crime, under the slogan, "One Person, One File," a phrase signifying the use of disparate information streams, from surveillance footage to Internet chat history, to better track individuals, reported Washington Post.

Jerome Cohen, a veteran China human rights legal expert, said racial profiling and discrimination are prevalent in China. The country's government is "engaging in racial profiling on a massive scale," he said.

Marketing materials for products co-developed by Huawei with DeepGlint, Bresee and Maiyuesoft also mention ethnicity identification or search features. The three companies did not respond to requests for comment.

However, China regularly denies such mistreatment and says the camps provide vocational training, while people in the internment camps have described being subjected to forced political indoctrination, torture, beatings, and denial of food and medicine, and say they have been prohibited from practising their religion or speaking their language.