UFOs and aliens: US military shares videos at US Congress hearing. Here’s what you should know 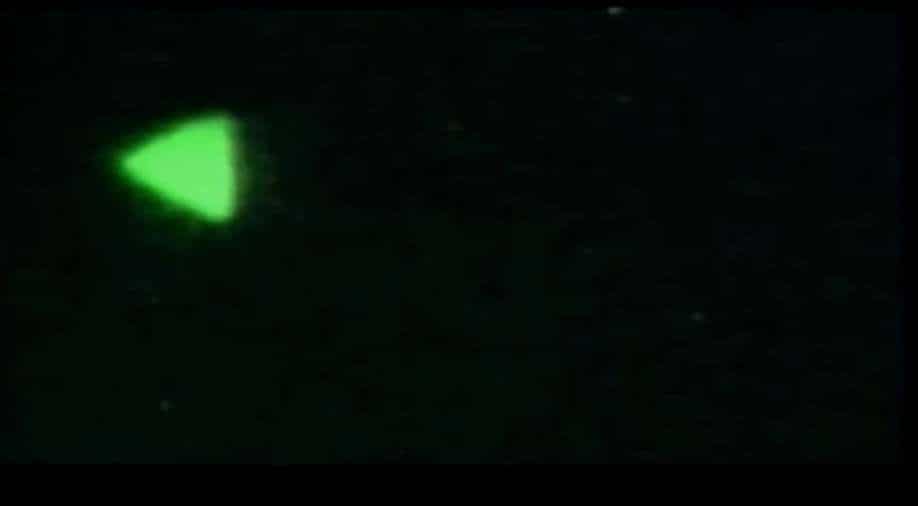 An image of a UFO seen through night vision goggles as it is shown to US lawmakers Photograph:( Agencies )

The US Congress held an open hearing on UFOs and aliens on Wednesday which was hosted by two Pentagon officials. The officials claimed that these sightings were not limited to the US alone. Several countries have had their own reports of flying saucers

The US Congress on Wednesday held its much-anticipated public hearing on aliens and the UFOs for the first time in 50 years on Wednesday, where a few interesting facts came to the fore while several myths were busted.

The House Intelligence Subcommittee on Counterterrorism, Counterintelligence and Counterproliferation held the question-and-answer session. It was hosted by two Pentagon officials to discuss the possibilities of Unexplained Aerial Phenomena (UAPs) or as the military terms UFOs.

“But they are real. They need to be investigated, and many threats they pose need to be mitigated.”

During the hearing, top Pentagon intelligence official Ronald Moultrie said that through "rigorous" analysis, most, but not all, UAPs were identified.

Here are some of the interesting observations made during the hearing.

1) During the hearing, US Deputy Director of Naval Intelligence Scott Bray admitted that reports of UAPs are “frequent” and have been on the rise for more than a decade.

2) He shared a declassified video of a reflective, unidentified sphere-shaped object that “zooms” passed a pilot flying in a Navy training range, visible only for a few short frames.

3) In a separate clip and a similar photo taken at different times, glowing triangles are seen in the night sky.

4) The officials said that a number of events have defied all attempts at explanation. They added that the sightings recorded by the military include 11 "near-misses" with US aircraft.

5) They found that some UAPs were seen to be moving without any propulsion.

The clip on UFO sightings is viewable at 43:00 in the video.

6) Bray said the number of reported incidents had grown to approximately 400 since last year. He said the sightings are "frequent and continuing" and often occur in military training areas or other designated airspace.

7) He said that they were unable to determine any signs of extra-terrestrial due to limited or no evidence of wreckage.

8) He also claimed that these sightings were not limited to the US alone. Several countries have had their own reports of UAPs, and some of those countries communicate with Washington about their findings and vice versa.

9) The US military and intelligence are primarily interested in determining whether these aerial objects may be linked to threats against the United States.

10) “Unidentified Aerial Phenomena are a potential national security threat. And they need to be treated that way," said Democratic Representative Andre Carson of Indiana, who was chairing the panel holding the hearing.