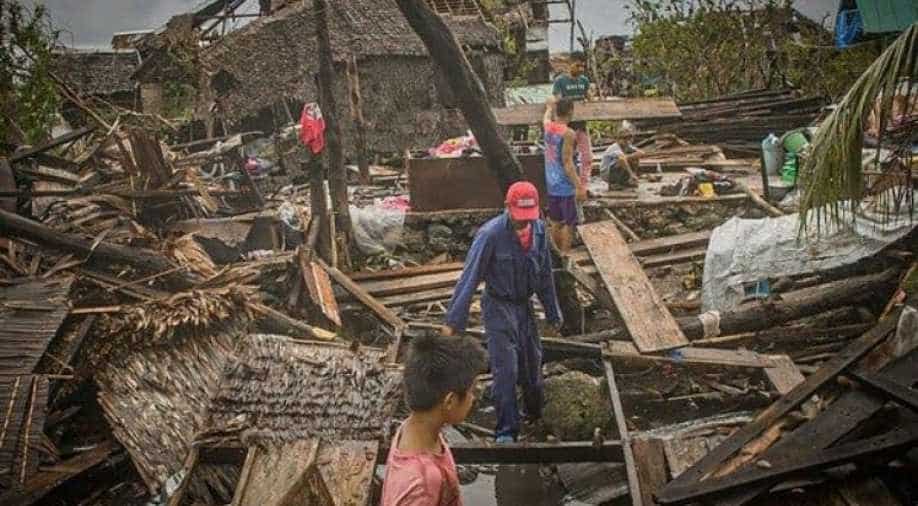 Vongfong packed winds of at least 115 mph, an intensity that makes it the equivalent of a category three hurricane.

Over 150,000 people are being evacuated in Philippines after Typhoon 'Vongfong' hit the country.

Authorities have not reported any deaths so far, but disaster crews were just beginning on Friday their assessment of hard-hit areas cut off by the storm.

Vongfong packed winds of at least 115 mph, an intensity that makes it the equivalent of a category three hurricane.

Tens of millions of people live along Vongfong’s path, which is forecast to take it near the densely populated capital Manila later on Friday or early Saturday.

It is expected to cause heavy rains, landslides and flooding until Sunday, but the national meteorological agency said it could weaken to a severe tropical storm as it churns north over the Philippines.

More than 150,000 people were evacuated to safety in the outlying provinces of Samar, where the typhoon first blew over, officials said.

It is the first named storm of the 2020 season in the West Pacific.

The typhoon called ''Ambo'' in Philippines, slowed down the evacuation process already complicated by the restrictions in the country due to the coronavirus lockdown.

More than 50 million people in the Philippines are living under strict lockdown rules imposed by President Rodrigo Duterte in an attempt to contain the virus.

The country currently has 11,876 cases of the disease, according to data from Johns Hopkins University.