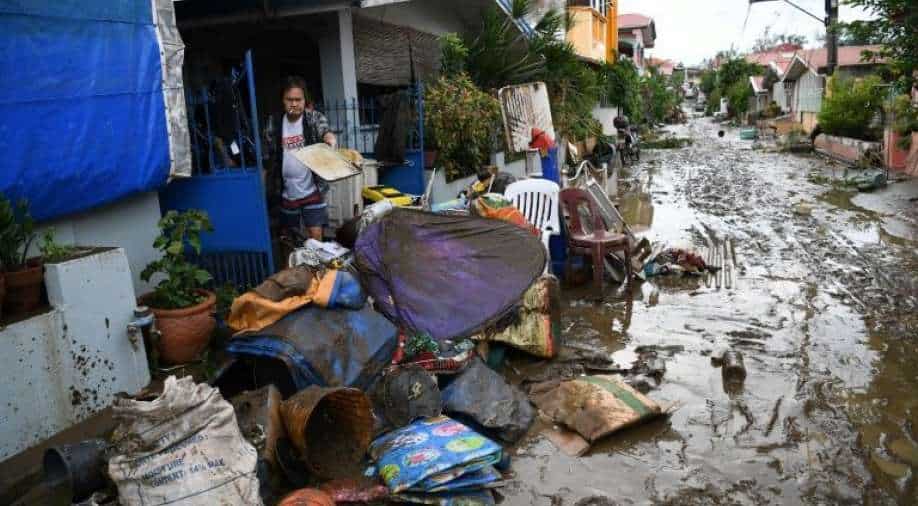 The most powerful typhoon to hit the Philippines this year destroyed tens of thousands of homes and killed at least 16 people, officials said Monday, as communications to the worst-hit areas remained cut off.

Catanduanes Island and nearby Albay province on the most populous island of Luzon bore the brunt of the typhoon which was packing maximum sustained wind speeds of 225 kilometres (140 miles) per hour when it slammed into the east coast on Sunday.

It lost intensity as it skirted the sprawling capital of Manila and headed out to the South China Sea.

"We are horrified by the devastation caused by this typhoon in many areas including Catanduanes island and Albay," Philippines Red Cross chief Richard Gordon said in a statement.

"Up to 90 per cent of homes have been badly damaged or destroyed in some areas. This typhoon has smashed in to people's lives and livelihoods on top of the relentless physical, emotional and economic toll of COVID-19."

Nearly 400,000 people fled their homes ahead of the typhoon and most of them remain in evacuation centres as authorities scramble to restore power and telecommunications services in the hardest-hit areas.

Three of the victims were caught in landslides of volcanic ash that police said engulfed numerous houses in two adjacent villages near the active Mayon volcano. Another three are still missing.

Goni was ranked as a "super typhoon" when it made landfall on Catanduanes where at least six people died and authorities estimate most houses and infrastructure were damaged.

Across the areas in Goni's path more than 20,000 houses were destroyed and around 55,500 partially damaged, Civil Defense said in a statement. Farmland was also damaged.

Clean-up efforts were under way with residents removing sodden furniture and other belongings from their houses as they shovelled out mud after heavy rains inundated towns.

The Philippines is hit by an average of 20 storms and typhoons every year, which typically wipe out harvests, homes and infrastructure, keeping millions of people perennially poor.

Its deadliest on record was Super Typhoon Haiyan, which unleashed giant waves on the central city of Tacloban and left more than 7,300 people dead or missing in 2013.