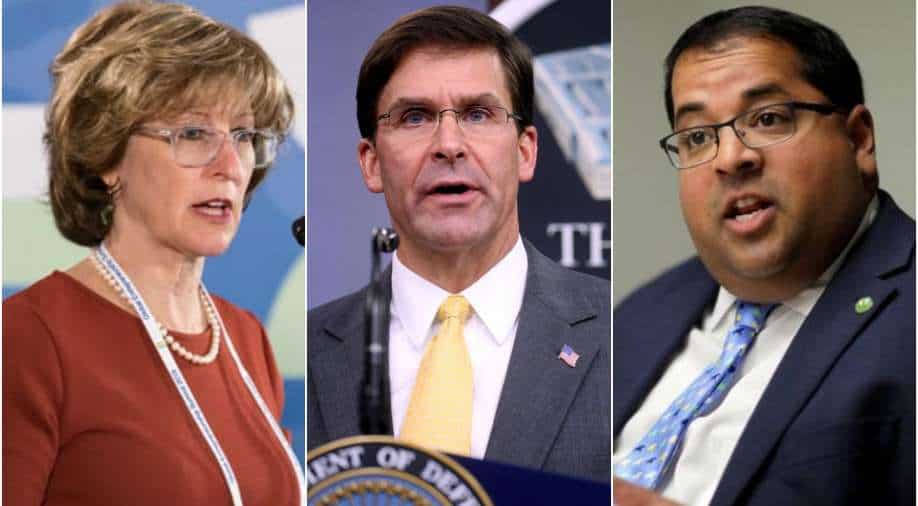 The biggest name, however, to appear in this list is of Defense Secretary Mark Esper's.

There is an equal amount of chaos at the White House as there are in the world due to the long wait for the result of the November 3 vote.

In the run up to the much-awaited outcome, two top officials in the Trump administration have been dropped -- without explanation. And the president's office expects a few more.

Analysts are of the opinion that the demotion is likely linked to Chatterjee's recent support for clean energy.

Chatterjee has recently backed policies that support electric vehicles, rooftop solar and other clean energy solutions. Trump, on the other hand, has fiercely backed coal -- a fuel source that is rapidly losing ground to solar and wind.

Trump is replacing Chatterjee as chairman with James Danly, who became a commissioner in March and opposed recent FERC orders that would support clean energy. Chatterjee will remain a FERC commissioner.

The other demotion is of Bonnie Glick, the second highest-ranking official at the US Agency for International Development. She was ousted Friday.

Glick's removal from the deputy administrator post came the same day that John Barsa's term as acting administrator of the agency expired under the Federal Vacancies Reform Act.

Sources believe that she was fired so he could remain at the helm.

According to CNN, Glick received a note from the White House on Friday afternoon telling her that she needed to resign by 5 pm or she would be terminated without cause at the pleasure of the president.

It is now suspected at USAID Barsa would be replacing Glick in an acting capacity.

The biggest name, however, to appear in this list is of Defense Secretary Mark Esper's.

He has reportedly prepared his resignation letter in anticipation that Trump will fire him if he wins reelection.

A report, published in October, had suggested that Esper along with FBI Director Christopher Wray and CIA Director Gina Haspel were all on Trump's chopping block if he claims victory in the 2020 presidential race.

To this end, Esper already has his letter ready if Trump beats Biden, NBC News has reported.

Esper reportedly aggravted Trump over the summer when he distanced himself from the idea of sending active-duty soldiers into the streets to combat anti-racism protests all over the country, spurred by George Floyd's death.

According to Daily Mail, both Wray and Haspel are almost unanimously 'despised and distrusted' by Trump's inner circle. Hence, it is speculated that firing Wray, who has been in charge of the FBI since 2017, will reportedly be Trump's first course of action, followed by the ousting of Haspel from the CIA -- that is, if he wins.

Trump reportedly would have fired them both already, sources say, had it not been for the November 3 election.