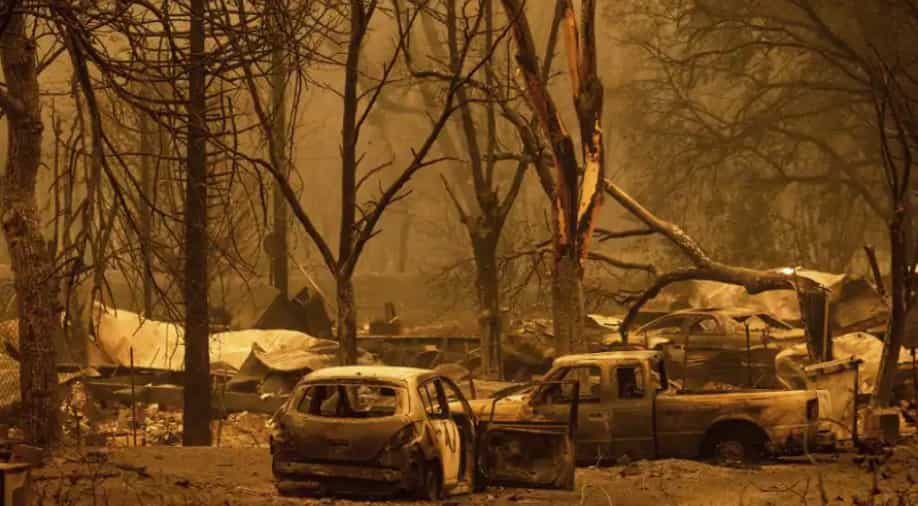 The McKinney fire that started on Friday has torched more than 55,000 acres. Two people were found dead sitting in their burned-out car in the driveway of a residential house.

The US state of California is battling major wildfires as hot, sultry and windy weather continues to make the rescue operations challenging. Now, two people have been found dead in the McKinney blaze that has scorched over 55,000 acres.

Jeremiah LaRue, Sisikou County Sheriff stated that the two people were found dead inside a car that had been charred by the fire. Both were sitting inside the car on the driveway of a home, suggesting that they did not have any other place to go. The incident took place in an area near the Klamath River, which has been described as the fire's path by the firefighters.

As reported by WION, the McKinney wildfire started in Northern California's Klamath national forest on Friday and since then hasn't stopped burning. More than 2,000 people have been told to evacuate their houses and take their livestock away from the area of the blaze.

While 660 firefighters are deployed on the forward line to contain the wildfire but no success has come their way. Reportedly, zero per cent of the fire has been contained so far.

The US Forest Service has explained that the fuel beds in the Klamath region are so dry that they just erupt from little lightning. While it rained a little yesterday, the officials stated that they need a lot more rain if the blaze is to be contained.

A state of emergency has already been declared in some parts by Governor Gavin Newsom. Authorities have not confirmed the extent of the damage yet, saying assessments would begin when it was safe to reach the area.

However, the County Sheriff's office at Siskiyou revealed that the McKinney fire had already destroyed more than 100 structures including a community centre. 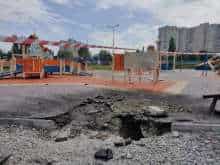