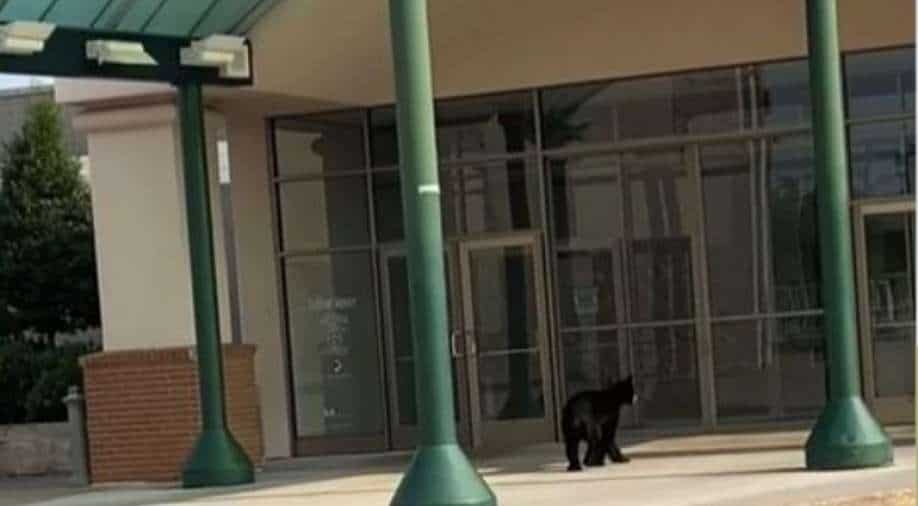 A video grab showing a black bear in front of a mall in the US. Photograph:( Facebook )

Two young black bears in separate clips can be seen roaming around a mall in Tennessee, US. These videos have been shared by the College Square Mall. One video shows one of the bears hanging out in front of some stores of the mall

Netizens seem to be in for a treat with numerous hilarious videos doing rounds recently. In two of such peculiar videos, two young black bears in separate videos can be seen roaming around a mall in a curious manner in Tennessee, the United States.

The video, which was shared on Facebook by the College Square Mall in Tennessee, shows one of the bears to be hanging out in front of some stores of the mall. The videos have caught the attention of the netizens.

In the videos, the bears seem to be looking for something. In the caption of the first video, the mall authorities say, “Check out our visitor this morning looking for showtimes of Space Jam at AMC College Square 12! In all seriousness, please be cognizant of two bears in our area. Do not approach or feed the bears.” The video has already got more than 65,000 views and the count is growing by every hour.

In another video, the bear can be seen peeking through the glass doors. It was shared by the mall on its Facebook account. Beverly Robeson-Brooks, an onlooker, had originally, captured this video.

Both the clips have got several hits and numerous comments. Some asked about updates about the bears, while others shared how to be safe around them. Some just admired the video and opened their heart. A Facebook user wrote, “Aww it’s a baby bear.”