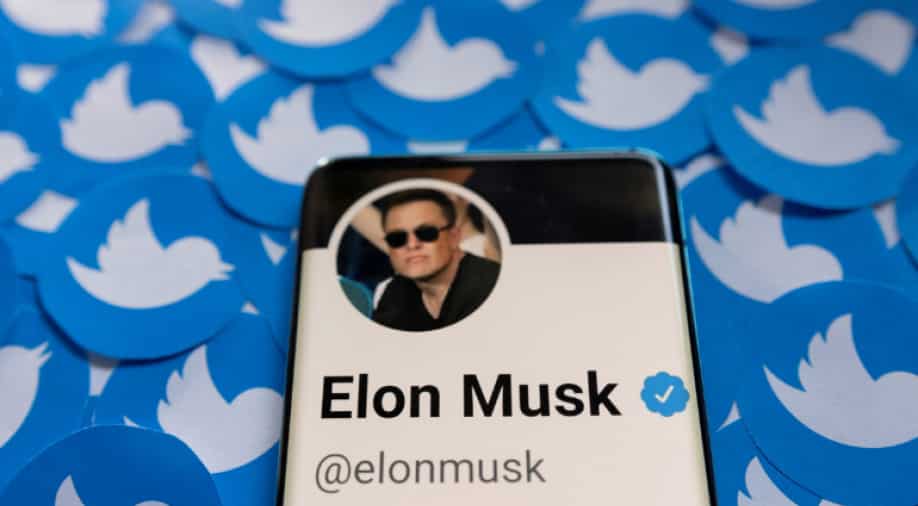 Elon Musk's Twitter profile is seen on a smartphone placed on printed Twitter logos in this picture illustration Photograph:( Reuters )

Billionaire Elon Musk said on Sunday that social media giant Twitter's alogorithm may be manipulating users of the platform. He has also suggested a solution for this

Musk, in a series of tweets, mentioned that it is very important to fix the Twitter feed and shared how it can be done.

"You are being manipulated by the algorithm in ways you do not realise. Easy to switch back and forth to see the difference," Musk wrote on the microblogging site.

To fix the Twitter feed, Musk mentioned users can tap the home button, then, tap stars on the upper right of the screen and select "Latest tweets".

You are being manipulated by the algorithm in ways you don’t realize.

Easy to switch back & forth to see the difference.

"it was designed simply to save you time when you are away from app for a while. pull to refresh goes back to reverse chron as well," said Dorsey.

it was designed simply to save you time when you are away from app for a while.

pull to refresh goes back to reverse chron as well.

Musk later mentioned that he is not suggesting any malice in the algorithm.

"I am not suggesting malice in the algorithm, but rather that it is trying to guess what you might want to read and, in doing so, inadvertently manipulate/ amplify your viewpoints without you realising this is happening," Musk wrote.

Musk stunned the world by saying that he was putting Twitter take over on hold because he does not believe in Twitter findings which say that false or spam accounts represent fewer than 5 per cent of its monetisable daily active users (229 million).