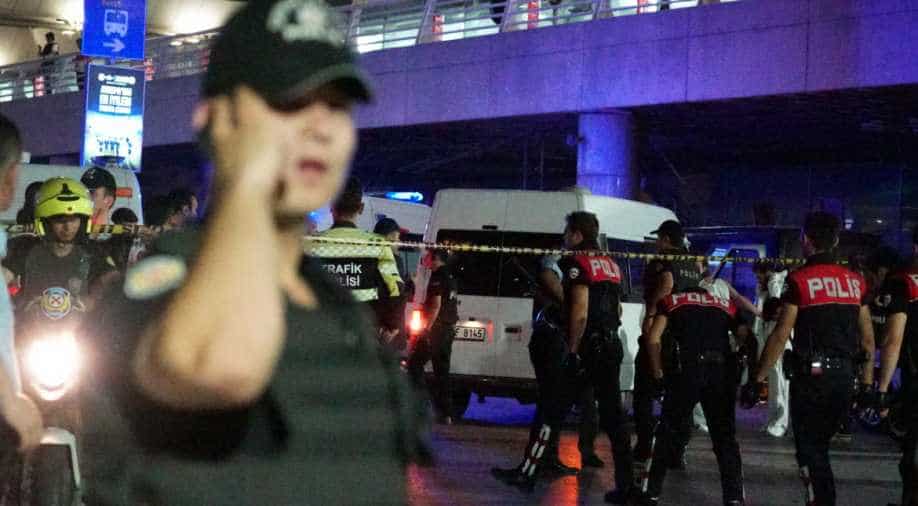 The militants captured were accused of financing, recruiting and providing logistical support to the Islamic State.It was not clear if the raids were directly linked to the Ataturk airport attack. Photograph:( Getty )

Turkish authorities and US officials believe Islamic State was responsible for Tuesday night's gun and bomb attack on Europe's third-busiest airport, the deadliest in a series of suicide bombings in Turkey this year.

It was not immediately clear if the raids were directly linked to the attack on Ataturk airport.

Nine suspected militants, thought to have been in contact with Islamic State members in Syria, were meanwhile detained in the dawn raids in four districts of Izmir, the news agency said. It said they were accused of financing, recruiting and providing logistical support to the Sunni hard-line group.

Three bombers opened fire to create panic outside Istanbul airport on Tuesday, before two of them got inside and blew themselves up. The third detonated his explosives at the entrance. Two hundred thirty-nine people were wounded.

Turkey is part of a US-led military coalition against Islamic State and home to about 3 million refugees from the five-year civil war in neighbouring Syria.

Islamic State has established a self-declared caliphate on swathes of both Syria and Iraq and declared war on all non-Muslims and all Muslims who do not accept its ultra-hardline vision of Sunni Islam. It has claimed responsibility for similar bombing and gun attacks in Belgium and France in the past year.