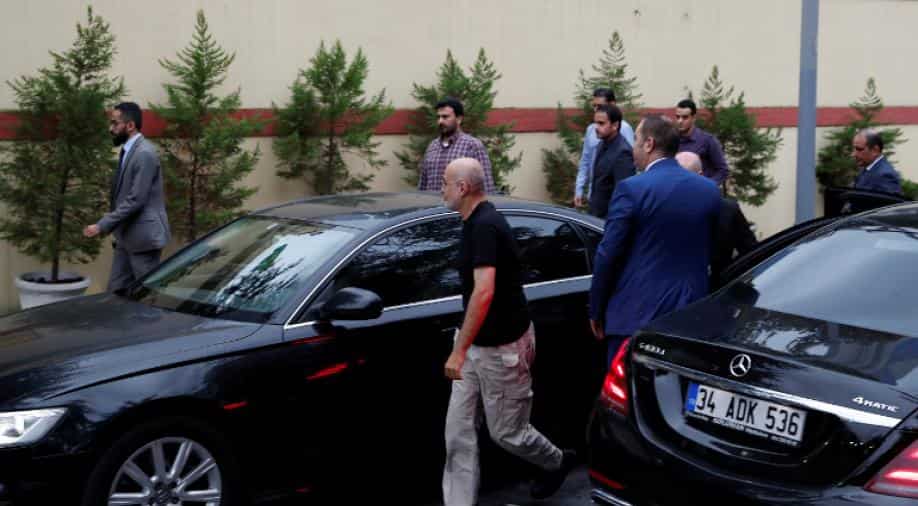 US media speculated that Saudi Arabia is considering admitting that Jamal Khashoggi died during an interrogation that went wrong.

Turkish police including forensic experts entered the Saudi consulate in Istanbul on Monday evening in an attempt to find clues on the whereabouts of journalist Jamal Khashoggi who was last believed to be inside the premises.

Turkey has accused Saudi Arabia of engineering the killing of Khashoggi inside the consulate after he was last seen on October 2nd on CCTV entering the premises. Riyadh has denied the allegations and threatned to take action against anyone accusing it of killing the journalist who was a known critic of Crown Prince Salman.

Meanwhile, President Trump said that after speaking to Prince Salman he had the feeling that the Saudi journalist may have been killed by "rogue killers", adding that Prince Salman's denial on Saudi hand in the killing of the journalist was "very, very strong".

"It sounded to me like maybe these could have been rogue killers. Who knows?" the US president speculated.  Turkish President Recep Tayyip Erdogan and King Salman had earlier spoken on the phone as the crisis unravelled before the shocked the world.

US secretary of state Mike Pompeo would be travelling to Turkey to meet foreign minister Mevlut Cavusoglu to find out the exact details of the journalist's death. Turkish media had earlier claimed Khashoggi was tortured during the investigation and killed after that the Saudi "hit team" which had flown into Istanbul dismembered his body and removed all evidence.

On Monday, US media speculated that Saudi Arabia is considering admitting that Jamal Khashoggi died during an interrogation that went wrong. CNN cited two sources as saying the Saudis are preparing a report that will acknowledge Khashoggi's death resulted from an interrogation that went wrong during an intended abduction. Although the media giant cautioned that the report could change.