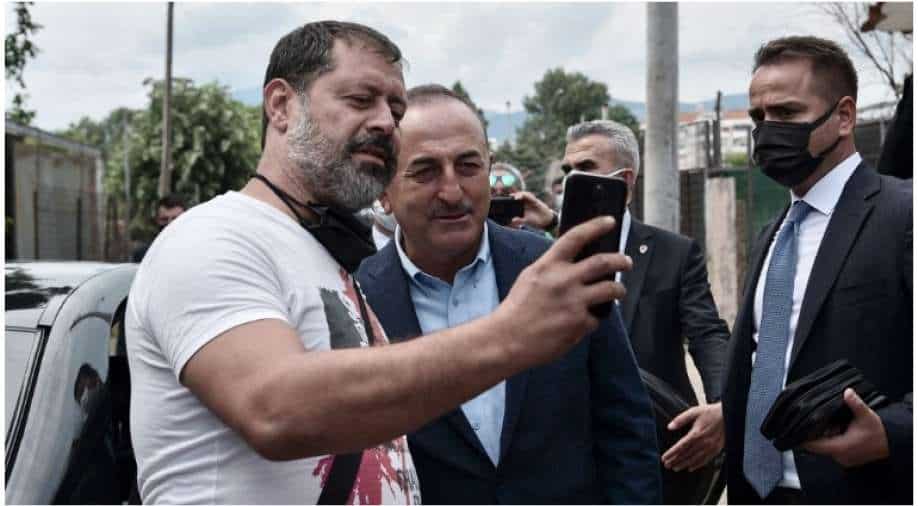 Turkish Foreign Minister Mevlüt Çavuşoglu (C) takes a selfie with a citizen during his visit in Komotini, northern Greece, on May 30, 2021. Photograph:(AFP)
Follow Us

Turkish Foreign Minister Mevlut Cavusoglu on Sunday (May 30) visited Muslim community in Greece. He met the community members in Komotini, a town in northern Greece. His visit to the town came ahead of a visit to Athens aimed at improving ties between Turkey and Greece.

The Greek town he visited was once part of the Ottoman Empire.

Cavusoglu is scheduled to hold talks with his Greek counterpart Nikos Dendias and Prime Minister Kyriakos Mitsotakis on Monday (May 31).

Last year, Turkey-Greece relations were strained over decades-old dispute between the two countries over maritime jurisdiction and rights to offshore resources in the eastern Mediterranean.

The two countries have since resumed bilateral talks to address the dispute.