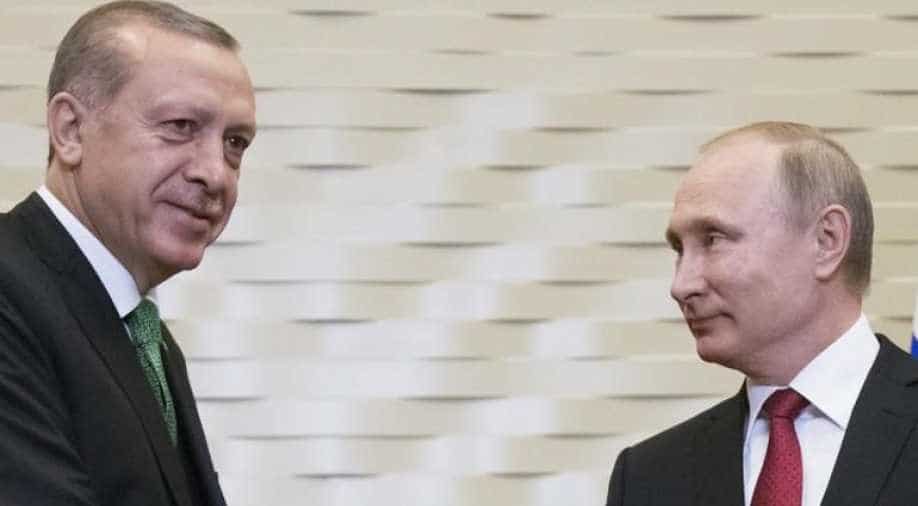 Putin said Russia would launch a joint investment fund with Turkey with funds of up to $1 billion. Photograph:( Reuters )

Turkey launched a military operation in Syria after more than 50 of its soldiers were killed in Idlib last month.

Turkey urged Russia on Wednesday to deal with alleged violations of a week-old ceasefire by Syrian government forces in Idlib, the last bastion of resistance to President Bashar al-Assad.

"Although there are only small incidents here and there, the ceasefire has started to be violated," said President Recep Tayyip Erdogan, who backs some rebel groups in Idlib.

"We are sharing these developments with Russia... and expect them to take measures."

Turkey launched a military operation in Syria after more than 50 of its soldiers were killed in Idlib last month.

Defence Minister Hulusi Akar said talks were proceeding "in a constructive fashion" with Russia to launch joint patrols along the key M4 road in Idlib on Sunday, as agreed under the ceasefire deal.

As well as supporting some rebel groups, Turkey set up military observation posts in Idlib under a 2018 deal with Russia aimed at preventing a regime assault.

"We signed the temporary ceasefire in Moscow. The matter now is to turn this ceasefire into a permanent one. We are chasing this speedily now. Once we are done with it, we will have an easier task," Erdogan said.

"In the face of the smallest attack (on our posts), we will not only retaliate, but we will respond much more heavily."

Damascus, backed by Iranian troops and Russian air strikes, has been fighting to retake Idlib since December, pushing close to a million civilians northwards towards Turkey's border.

Turkey already hosts some four million refugees, and has called for greater assistance from Europe and its NATO partners in dealing with the crisis.