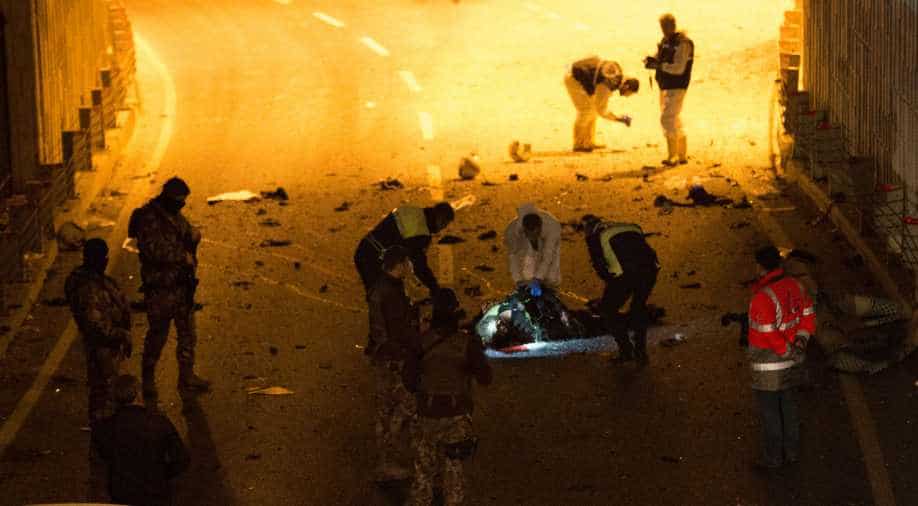 There was no immediate claim of responsibility for the attack but Anadolu agency said the militant Kurdistan Workers Party was behind it. In Picture: Twin suicide bomb attack near Besiktas Vodaphone Arena on December 10, 2016. (Representative Image) Photograph:( Getty )

At least three Turkish policemen were killed and nine wounded when a bomb exploded beside a passing police bus in Turkey's southeastern province of Diyarbakir on Monday.

"An attack was carried out when explosives... detonated as an armoured vehicle carrying our riot police was passing by," the governor's office said.

There was no immediate claim of responsibility for the attack, but state-run Anadolu agency said the militant Kurdistan Workers Party (PKK) was behind the blast, AFP reported.

The PKK has previously claimed responsibility for similar attacks.