Turkey continues to detain student protesters despite US condemnation 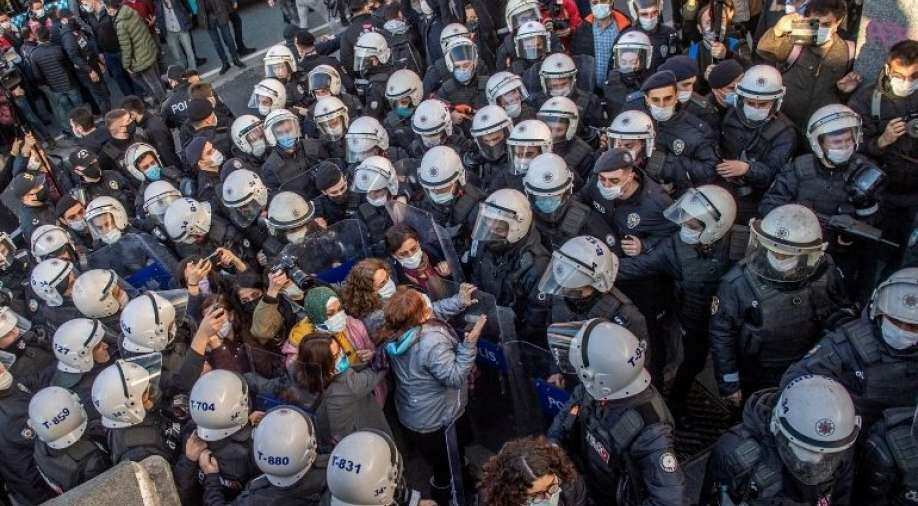 Dozens of protesters detained on Thursday after Turkey brushed aside the US criticism of Ankara's approach of a crackdown on student demonstrations.

The latest detentions come as Erdogan stresses that he will not let the month-long student protests at Turkish university take the shape of anti-government protests in 2013, describing the demonstrators as "terrorists".

On Thursday, news agency AFP reported that police used riot shields and batons on protesters participating at an unsanctioned event in Istanbul.

Bulu's appointment is seen by many as Erdogan's attempt to take control of various institutions across the country.

Over 250 people were detained in Istanbul this week and 69 in Ankara.

More than 500 people have been detained in the past month across the country.

The United States on Wednesday expressed its concern over the detention of students and the use of LGBTQI rhetoric for the protesters.

Ankara responded to the US with the Turkish foreign ministry saying on Thursday that "those who dare to teach a lesson of democracy and law... to look in the mirror".

Turkey's interior minister on Tuesday described the protesters "LGBT deviants" on Twitter, which led to the social media platform put a rare warning on his comment.

The European Union said it was "seriously concerned" by the latest developments in Turkey and called for the release of protesters who are "arbitrarily detained".