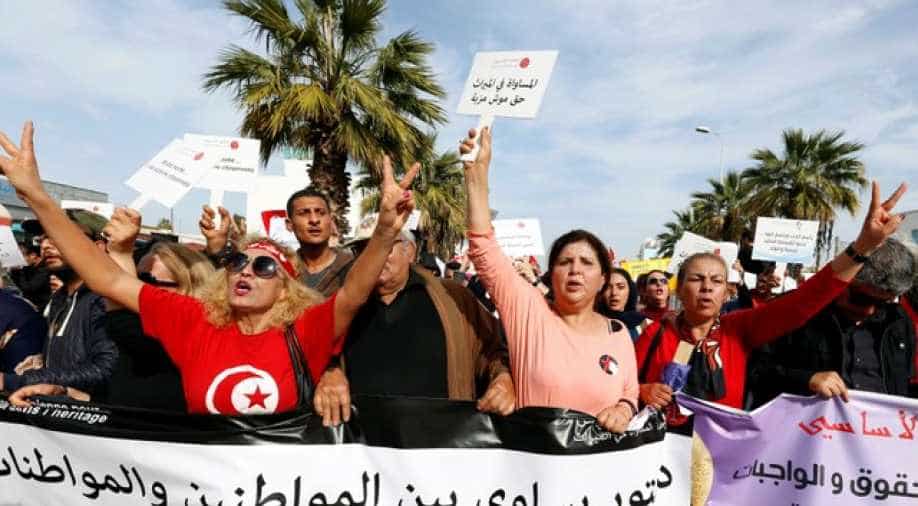 Hundreds of women took to the streets in the Tunisian capital on Saturday to demand equal inheritance rights as men, a subject often seen as taboo in the Arab world.

The North African Muslim country grants women more rights than other countries in the region, and since last year has allowed Muslim women to marry non-Muslim men.

But the protestors marching to the parliament building in Tunis on Saturday said they wanted to be compared with European women and to be entitled to the same inheritance rights.

Joined by some men, they carried slogans such as "In a civil state I take exactly what you take", demanding an end to inheritance laws based on Islamic law. This usually grants men the double of what women get.

"It is true that Tunisian women have more rights compared to other Arab women but we want to be compared with European women," said Kaouther Boulila, an activist.

"We just want our rights."

In August, President Beji Caid Essbsi, a secular politician, set up a committee to draft proposals to advance women`s rights.

Tunisia has been hailed as the only "Arab spring" success story following political freedoms introduced after the ousting of autocrat Zine El Abidine Ben Ali in 2011.

Economic growth has been disappointing, however, with high unemployment driving many young Tunisians who had joined the uprising, abroad.