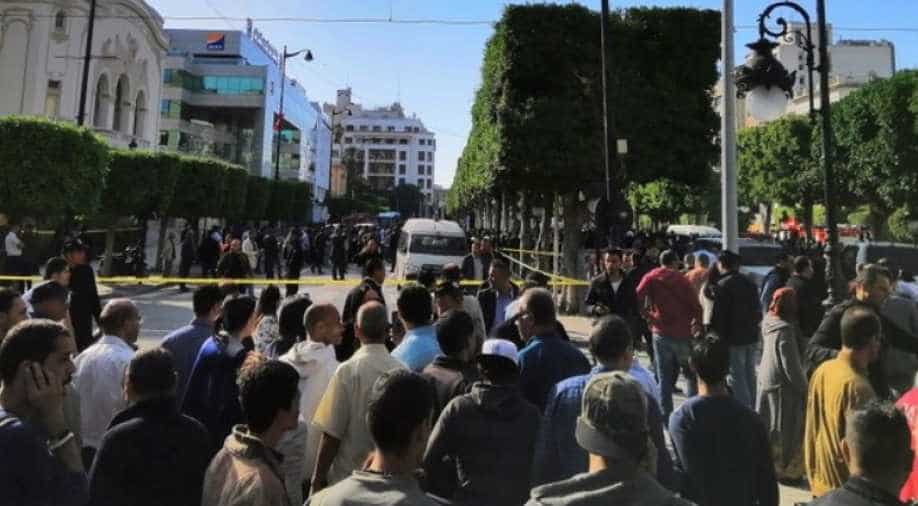 People gather near the site of an explosion in the center of the Tunisian capital Tunis. Photograph:( Reuters )

Ministry spokesman Sofiene Zaag told AFP that all but one of the casualties were police, after a strong explosion Monday rattled Tunis, the scene of major jihadist attacks in 2015.

A woman suicide bomber blew herself up Monday near police vehicles in the centre of the Tunisian capital, injuring nine people, the interior ministry said.

Ministry spokesman Sofiene Zaag told AFP that all but one of the casualties were police, after a strong explosion Monday rattled the main Avenue Habib Bourguiba in Tunis.

Ambulances arrived swiftly at the scene, which was cordoned off by security forces.

Since the 2011 uprising that toppled dictator Zine El Abidine Ben Ali, jihadist attacks in Tunisia have killed dozens of members of the security forces and foreign tourists.

In June 2015, 38 people were killed in a shooting rampage at the coastal resort of Sousse which targeted tourists, while an attack the same year on the National Bardo Museum in Tunis left 22 people dead.

The terror attacks decimated Tunisia's crucial tourism sector, which made up seven per cent of gross domestic product.

The country has been under a state of emergency since November 2015, when an IS-claimed suicide bombing in Tunis killed 12 presidential guards.

The state of emergency was extended earlier this month until November 6, amid a tense political climate ahead of legislative and presidential elections planned for next year.