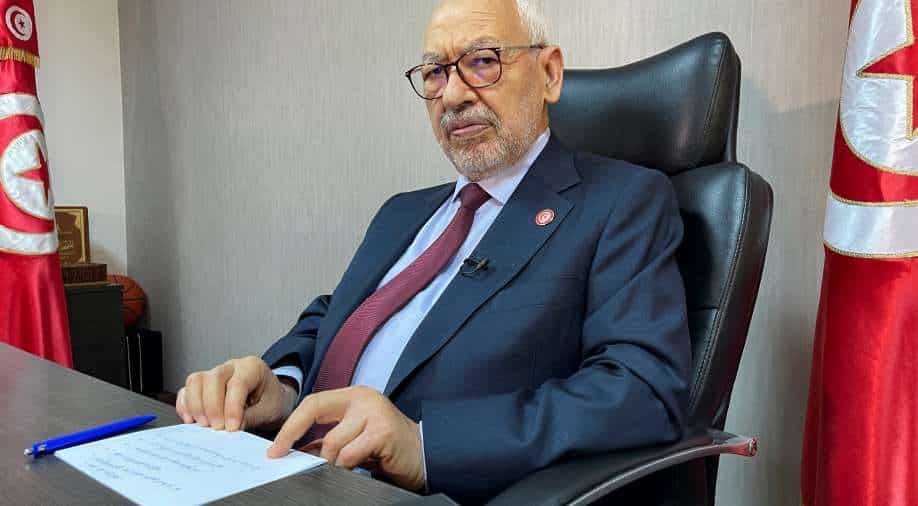 President Saied had dissolved the chamber dealing another blow to the political system in place since the North African country's 2011 revolt which sparked the Arab Spring.

The Speaker of Tunisia's parliament on Thursday rejected President Kais Saied's dissolution of the assembly the previous day.

"We consider that the parliament remains operational," Rached Ghannouchi told AFP in an interview.

"The president does not have the constitutional right to dissolve parliament."

Saied had dissolved the chamber on Wednesday, dealing another blow to the political system in place since the North African country's 2011 revolt which sparked the Arab Spring.

It came eight months after he sacked the government, froze parliament and seized sweeping powers, later moving to rule by decree in moves opponents have dubbed a "coup".

The president's announcement on Wednesday evening came hours after parliamentarians held a plenary session online -- their first since Saied's power grab -- and voted through a bill against his "exceptional measures".

Addressing his National Security Council, Saied said MPs who had taken part would be prosecuted.

But Ghannouchi, who heads the Islamist-inspired Ennahdha party that has dominated Tunisia's post-revolution politics, Saied's decision was "null and void because it contradicts the constitution".

Many Tunisians welcomed Saied's moves against political parties seen as self-serving and corrupt, but his moves have prompted accusations that he is moving the country back towards autocracy.