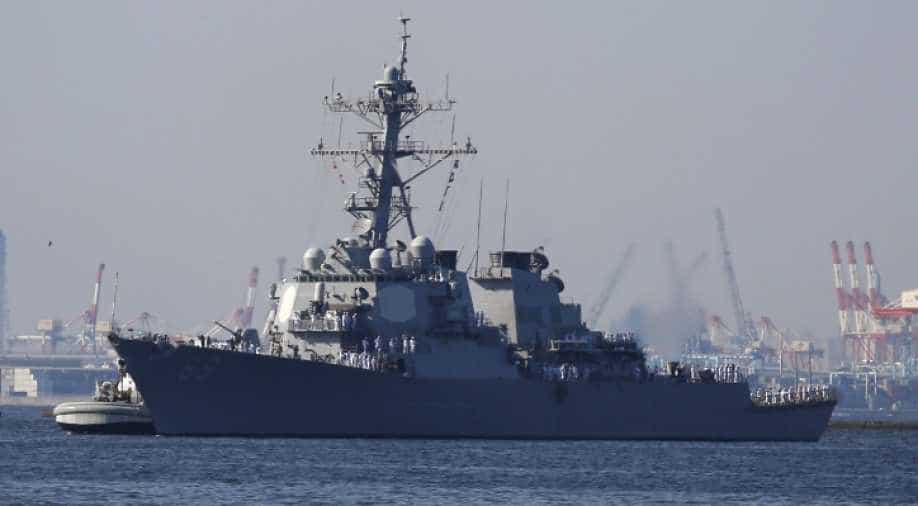 The US Pacific Command forces(USPACOM) is responsible for security in the Asia Pacific region. Photograph:( Reuters )

In a move to boost India and United States defence cooperation, the US today renamed the Pacific Command as US Indo-Pacific Command.

The US Pacific Command forces(USPACOM) is responsible for security in the Asia Pacific region. The Command encompasses nearly half of the earth's surface including China, Korea, western India to Australia, New Zealand including the Arctic and the Antarctic.

"In recognition of the increasing connectivity between the Indian and Pacific Oceans, today we rename the US Pacific Command to US Indo-Pacific Command," Mattis said.

The US Indo-Pacific command has been in the works for a while. In 2016, the US and India had signed an agreement governing the use of each other's land, air and naval bases for repair and resupply which was seen as a counterweight against the Chinese Navy.

India is already the United States' second largest arms buyer with the relationship set to grow manifolds as it modernises its armed forces in line with new demands in an increasingly competitive Asia-Pacific region.

Although there have been sticking points in defence ties namely the row over the recent acquisition of the Russian-made S-400 defence missile system, Mattis has been pushing for exemption for India with the Trump administration.