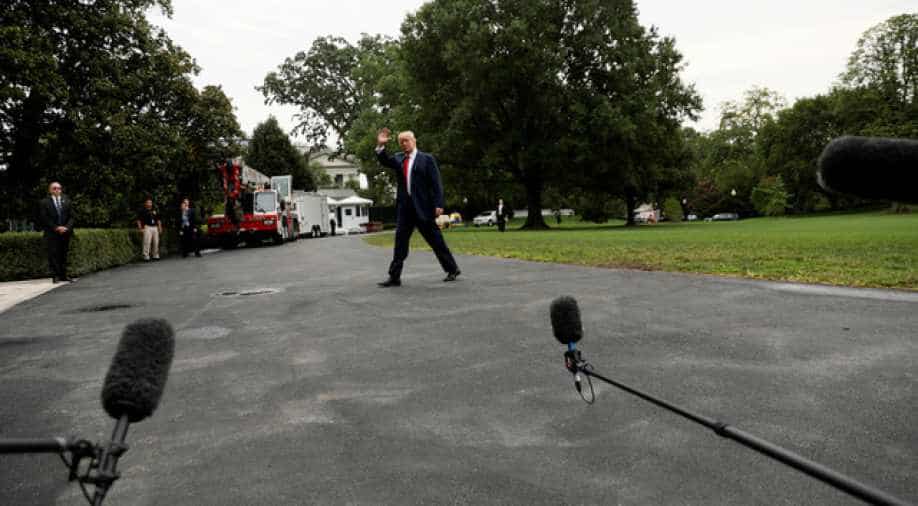 'They have concrete aims: to intimidate reporters into certain kinds of coverage, or clarify for his favoured outlets what coverage he desires, or plant the seeds of doubt about news stories,' said the UN?special rapporteur on freedom of expression. Photograph:( Reuters )

US President Donald Trump's attacks on the media are part of a global trend of hostility to freedom of speech and damage the US public interest, a UN human rights expert said on Friday.

David Kaye, the UN special rapporteur on the freedom of expression, said Trump's attacks, such as a Feb. 17 tweet listing news outlets that he considered "the enemy of the American People", were not without purpose.

"They have concrete aims: to intimidate reporters into certain kinds of coverage, or clarify for his favored outlets what coverage he desires, or plant the seeds of doubt about news stories (such as the Russia investigation led by Robert Mueller)."

The president's broadsides also served to silence criticism of his policies and to undermine the public's right to know what the government was doing with their tax dollars, he said.

"The primary victim of Trump’s campaign against independent news is the American public. He may see it as valuable politically, but it’s wrong, and it risks doing long-term damage to a core value," Kaye wrote in an article published on the Just Security online forum.

"When we tie together the jeremiads and rhetoric with what the Trump administration is doing in other governing spaces, the practice of attacking the press becomes clearer as policy than a solely reckless rant."

Kaye's analysis of Trump's attacks on the media comes two days after UN High Commissioner for Human Rights Zeid Ra'ad al-Hussein raised the question of whether Trump's remarks amounted to an incitement to attack journalists.

"President Trump’s statements are indeed reckless, but they are consistent with a troubling trend of hostility toward open and honest government," Kaye wrote. "And sadly, from the global perspective, it’s part of a general trend of hostility to freedom of expression, online and off."

Freedom of the press existed, Kaye said, because the public had a right to information. He referred to an Aug. 4 press conference where Attorney General Jeff Sessions demanded that the "culture of leaking must stop".

Sessions' intent was not only to deter sources and whistleblowers but "to deprive the public of stories of the highest public interest" about the administration, Kaye said.

He said Trump was a "regular purveyor" of fake news, defined as "intentionally fraudulent information given to the public", and his administration operated as if it had something to hide.