Freedom of the press under attack from Trump: UN rights boss 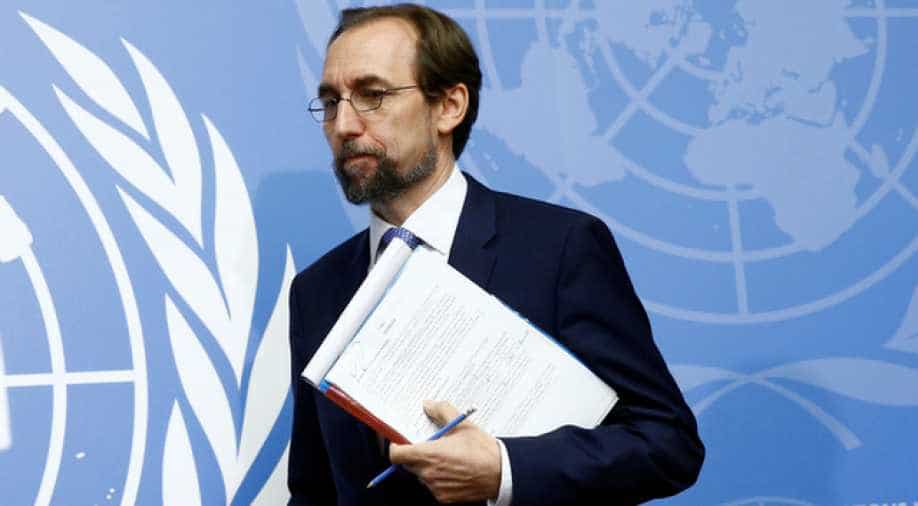 High Commissioner for Human Rights arrives for a news conference on Venezuela at the United Nations Office in Geneva Photograph:( Reuters )

The UN rights chief said about the relentless attacks made by Trump on media, stating it could trigger violence against journalists.

UN High Commissioner Zeid Ra'ad al-Hussein on Wednesday said the freedom of the press was under attack from US President Donald Trump.

"It's really quite amazing when you think that freedom of the press, not only sort of a cornerstone of the U.S. Constitution but very much something that the United States defended over the years is now itself under attack from the President," UN's rights boss told in a news conference talking about the remarks made by Trump against the journalists.

Trump defended the violence at a rally in Arizona, last week, saying that the media has given a platform to hate groups.

Trump's verbal attacks were directly on the major media groups, like New York Times and CNN.

"It's sort of a stunning turnaround. And ultimately the sequence is a dangerous one," Zeid Ra'ad al-Hussein added.