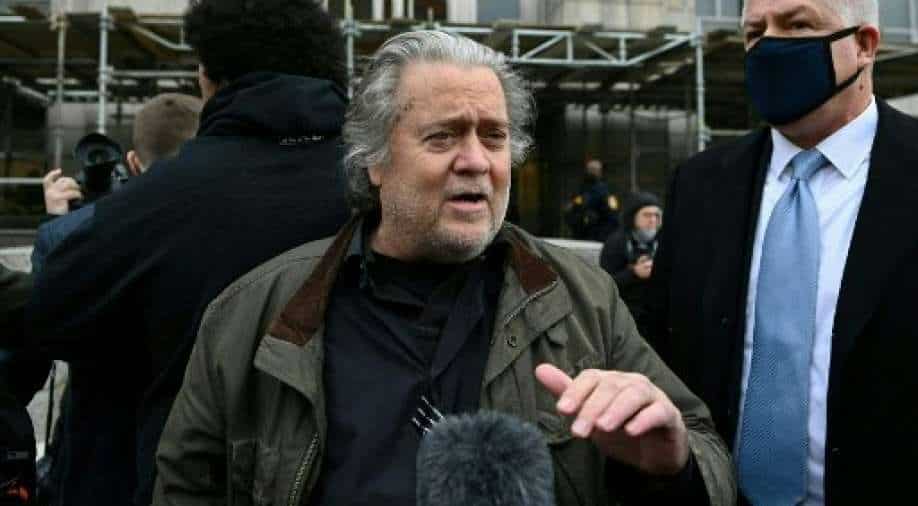 Former US President Donald Trump's advisor Steve Bannon surrendered to the FBI on Monday after facing criminal charges over the January 6 Capitol attack.

Bannon, 67, who was the White House chief strategist during Trump's presidency arrived at FBI's Washington field office to turn himself in after a US grand jury indicted him for refusing to testify before the House Select Committee which is investigating the Capitol attack by alleged Trump supporters.

The US committee has ordered at least 30 people to testify over the incident after hundreds of people stormed the US building after Trump lost the US elections.

Bannon was charged with two counts which could land him in jail for a period of one month to one year. Committee chair Bennie Thompson while asserting that "no one is above the law" added that the indictment sends out a "clear message" to those who "try to stonewall our investigation".

Bannon had reportedly said just ahead of the riots, "All hell is going to break loose tomorrow, this is not a day for fantasy, this is a day for maniacal focus. Focus, focus, focus."

At least 5 people had died during the attack as the joint House-Senate was meeting to certify Joe Biden's victory in the US presidential elections.

Trump's former chief of staff Mark Meadows has also refused to present himself before the committee.