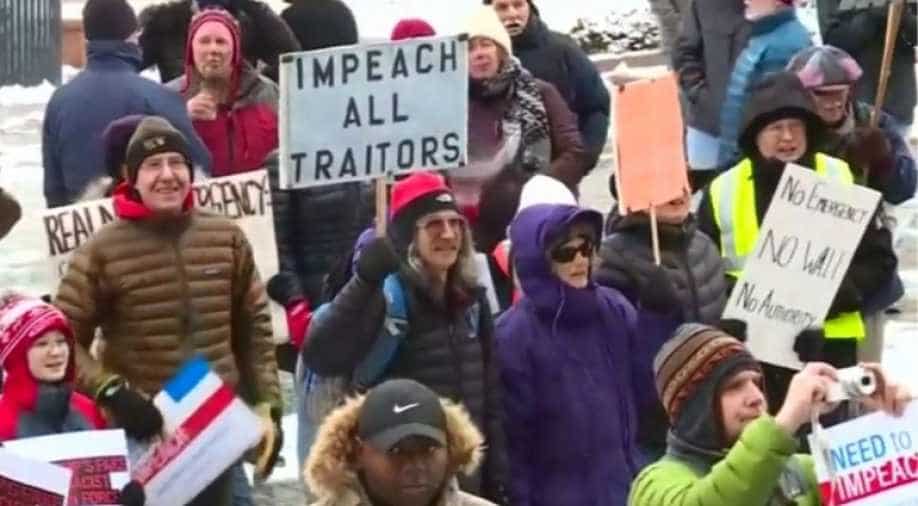 A small group of demonstrators rallied outside the White House Monday to protest President Donald Trump's declaration of a national emergency to fund a wall on the US-Mexico border.

The declaration allows Trump to bypass Congress, which approved only a quarter of the $5.6 billion he wanted for the wall.

Although presidents have declared national emergencies before, Friday's action is believed to be the first time one has been used to raise funds that were specifically rejected by Congress.

The action will be fought in court, with California's attorney general already warning that his state will file suit.

The declaration enables him to divert funds from the Pentagon's military construction budget and other sources.