Trump's grandfather was an immigrant from Germany 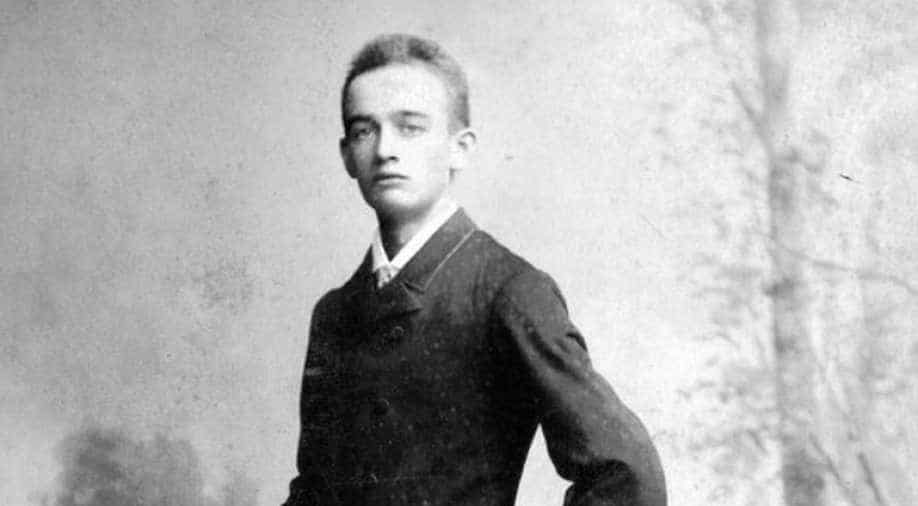 Friedrich Trump in 1887. Trump tried to return and settle down in Germany but the authorities refused to allow him to. (Image source: Ancestry.com) Photograph:( Others )

The name’s Drumpf, not Trump, and the man by that name is the most controversial president of the United States.

One of the many things President Donald Trump is in the headlines for is an expletive he used to describe some of the countries that US immigrants have left behind. But President Trump’s grandfather Friedrich Drumpf – or Frederick Trump -- had  himself migrated from the tiny town of Kallstadt in southern Germany to start a new life in the United States.

Two years later he returned to Germany wanting to live there forever, but his application for repatriation was refused.

Born in an impoverished family, Friedrich Drumpf initially worked at a  barber shop. But he had heard of the land of milk and honey from his sister who had already migrated to the United States. The boy, approaching adulthood, ran away, boarded a ship and sought refuge with his sister’s family in New York.

Twenty years later,  he returned to Germany. Only to fall in love with Elisabeth Christ and marry her. The couple left for America but Mrs Elisabeth Trump was not impressed.

Elisabeth Christ and Friedrich Trump. Trump was not allowed to resettle in Germany because he had been a draft dodger. (Image source: Ancestry.com) (Others)

In the voluminous archives of Germany’s state of Rhineland-Palatinate, Franz Meier, who heads the department, tells the tale.

"In the year 1902, Friedrich Drumpf made a trip home and met a woman in his home town, whom he then married," Meier says, as he reaches for yellowing documents in an archival folder. "He returned to the United States with this woman but she did not enjoy life there too much. She lasted for around two years before making it known that she wanted to return to Germany. That was the reason for Trump Sr to travel to Germany in 1904 to apply for a re-naturalisation."

But why did Germany reject the Drumpfs?

Meier says that the authorities had laid down that emigrants wishing to leave the country must de-register properly. Those who had not yet served compulsory military service were required to apply for a permit before going overseas. If people emigrated without that permit it meant that their resettlement in Bavaria -- which Kallstadt was a part of at the time -- would be turned down. This, explains Meier, was meant to act as a deterrent to people moving abroad without a permit.

The rest, as they say, is history.