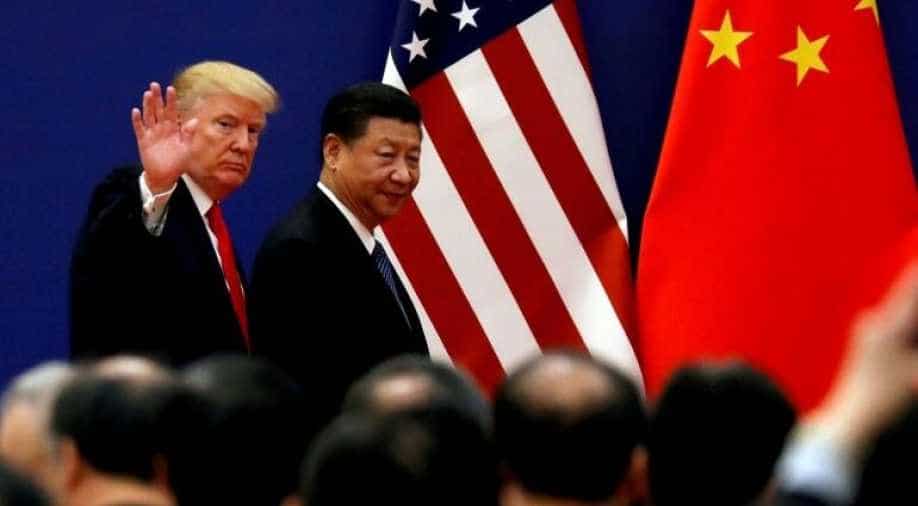 US and Chinese trade negotiators are now racing to complete the text of a 'phase one' agreement that could defuse the 16-month trade war. Tariffs have had an outsized impact on farmers in Iowa, a big exporter of soybeans.

US President Donald Trump's suggestion that he could sign a trade deal with Chinese President Xi Jinping in Iowa has set off a flurry of excitement in Muscatine, Iowa, a city on the banks of the Mississippi River that has hosted Xi twice since 1985.

Xi received a key to the 24,000-population city during his first visit, when he led an agricultural study group and stayed at the home of a local family. He also met and befriended then-governor Terry Branstad, who is now Trump's ambassador to Beijing.

Xi returned with much fanfare in 2012 as China's vice president, visiting that home and meeting with a dozen local "Old Friends" - people he had met in the 1980s.

Those were more hopeful times in US-China relations, before Trump kicked off a debilitating tit-for-tat tariff war, and the US Secretary of State declared Xi's ruling Communist Party "truly hostile to the United States and our values."

US and Chinese trade negotiators are now racing to complete the text of a "phase one" agreement that could defuse the 16-month trade war. Tariffs have had an outsized impact on farmers in Iowa, a big exporter of soybeans.

Trump last week said he hoped to sign the trade deal with Xi at a US site, perhaps in Iowa. The location is still in flux, but one Beijing official said Xi is willing to travel to the United States.

Chuck Grassley, the Iowa Republican who chairs the Senate Finance Committee, said Iowa would be a great place to sign the trade deal. "Farmers in particular have been hard hit by the trade war and deserve recognition for their sacrifice," he said.

Greg Jenkins, who heads the Greater Muscatine Chamber of Commerce and Industry, said the community was keen to host a Trump-Xi visit, but he had not been contacted by either side.

"It would be really appropriate to have that happen, given the long relationship we've had with China and President Xi," Jenkins said. The city's ties to China may have been an accident of history, but "people have worked awfully hard to ensure that it is retained."

This year, the Shanghai Symphony will perform a free concert for the people of Muscatine, the fifth year of such arrangements that help keep ties close, he said.

The split-level house that Xi first visited in Muscatine has been purchased by a Chinese businessman, and renamed the Sino-US Friendship House. It regularly draws visitors from China.

Lee Belfield, general manager of the 122-room Merrill Hotel which opened in Muscatine in 2017 in part with Chinese funds, said he would "bend over backwards to accommodate" any request to host the meeting.

While Xi's historical ties to Muscatine might mean he would receive a particularly warm welcome, an Iowa signing would also be a politically-savvy move for Trump, trade experts said.

"Iowa is important. It's Trump country. It's the farm base," said Ralph Winnie, director of the China program at the Eurasia Center in Washington.

"The people are warm and hardworking, so they will be wonderful hosts and that's always key. When you go to China, you're treated as an honored guest, the Chinese will expect to be treated the same way when they come."

When the Chinese leader visited Iowa in 2012, he told the Muscatine Journal: "You were the first group of Americans I came into contact with. To me, you are America."

Steve Bradford, senior vice president at HNI Corp, a Muscatine-based Fortune 100 company that builds office furniture, said a US-China trade deal would help his company, no matter where it was signed.

"These tariffs have had a stifling effect on business. Removing them would benefit the US and China," he said. HNI employs about 4,000 people in Iowa, many of whom live in or near Muscatine, he said.