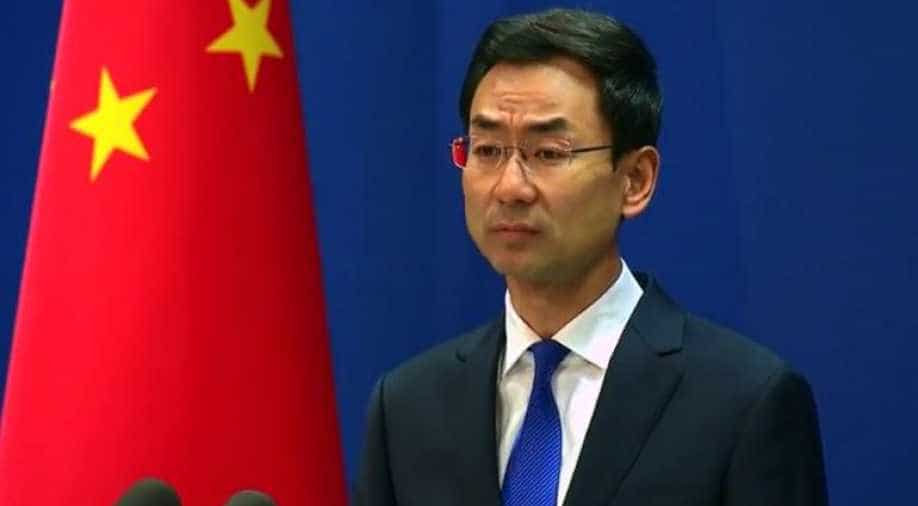 China's foreign ministry spokesman criticised the US move while asserting that the US should take 'more responsibility' instead of 'spreading negativity'.

China today expressed "regret" as the US began the process of pulling out of the Paris climate agreement.

"China expresses regret about the US officially starting the relevant process of withdrawing from the Paris climate agreement," China's foreign ministry spokesman Geng Shuang said, adding, "We believe that climate change is a common challenge faced by all of humankind."

"All members of the international community should join hands to cooperate, each doing their best according to their ability, to jointly deal with it," Geng Shuang added.

The Trump administration said on Monday that it had formally begun the process of withdrawing from the Paris agreement which is a one-year process to exit from the pact.

While announcing the US decision, secretary of state Mike Pompeo had said: "The US is proud of our record as a world leader in reducing all emissions, fostering resilience, growing our economy, and ensuring energy for our citizens."

However, Franch President Macron expressed "regret" on the US move to pull out of the climate agreement.

China's foreign ministry spokesman criticised the US move while asserting that the US should take "more responsibility" instead of "spreading negativity".

"We hope that the US can take more responsibility and make more constructive contributions to the process of multilateral cooperation instead of adding negativity," Geng Shuang asserted.

Russia too joined other countries in criticising the US move with President Putin's spokesman saying it seriously undermined the agreement.

The US pullout "undermines this agreement in the most serious way, because it is the leading country in terms of emissions," President Vladimir Putin spokesman Dmitry Peskov said.

"And without the largest economy in the world, it's very, very hard to talk about any kind of climate agreement," Peskov added.