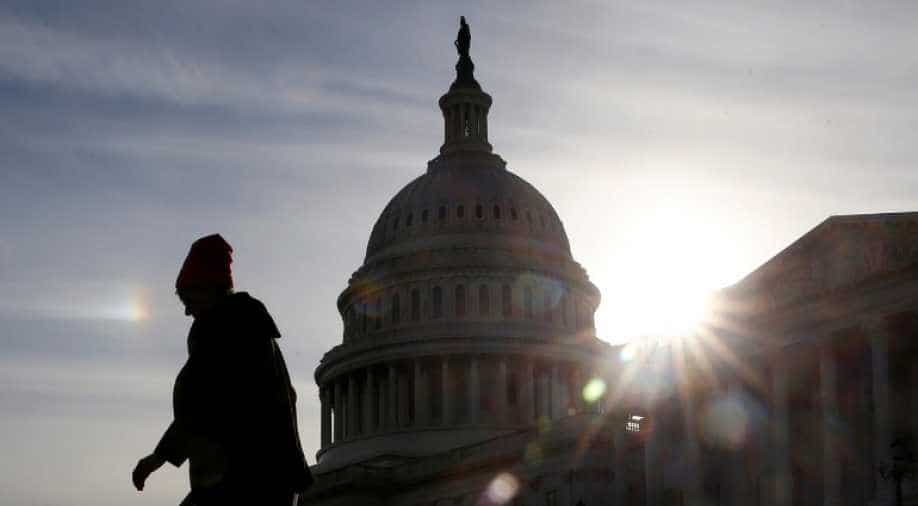 Trump saying he will sign the spending bill eases some pressure in Washington after he had openly expressed concern about the deal.

US President Trump will sign a spending bill averting a government shutdown but will also issue an emergency declaration to fund his controversial border wall, the White House and lawmakers said on Thursday.

Top Senate Republican Mitch McConnell told colleagues that he spoke by phone with Trump, who "indicated he's prepared to sign the bill. He will also be issuing a national emergency declaration at the same time."

"He will also take other executive action - including a national emergency - to ensure we stop the national security and humanitarian crisis at the border," Press Secretary Sarah Sanders said.

Declaring such an emergency, a rare step, would free Trump to seek to redirect federal funds from elsewhere to help pay for a wall along the US-Mexico border.

Trump saying he will sign the spending bill, expected ahead of a Friday midnight deadline, eases some pressure in Washington after he had openly expressed concern about the deal reached earlier in the week between Republicans and Democrats.

The measure includes only $375 billion for border barriers or fencing, far from the $5.7 billion that Trump has demanded for his long-sought border wall.

Trump's misgivings put the fate of the bill in question. But minutes after McConnell announced Trump's intention, the Senate took up the measure and advanced it overwhelmingly.

A final Senate vote was to follow, and House Speaker Nancy Pelosi said her chamber would vote later Thursday.

Pelosi, Trump's Democratic nemesis, expressed disdain for the president's upcoming emergency declaration, warning that he was doing "an end run around Congress." "It's not an emergency, what's happening at the border," she said.

Trump's declaration is expected to be challenged in court.

The compromise package funds until September 30th. The government operations would lapse if the bill is not signed by Trump by the midnight Friday deadline.